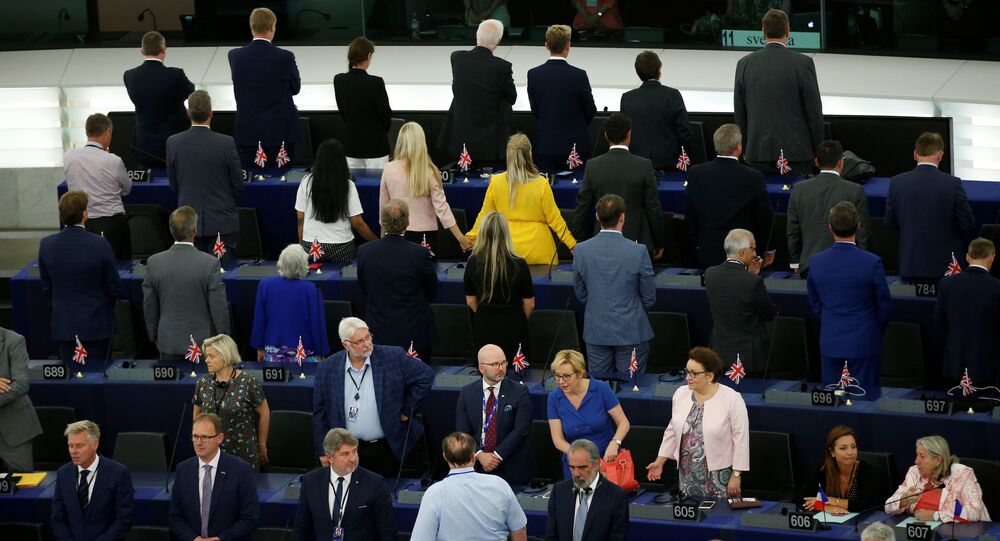 Following the protests, Brexit Party leader Nigel Farage issued a strong warning to Tory leadership hopefuls Boris Johnson and Jeremy Hunt on their Brexit stances, stating he did not "believe a word" they said.

Rebel MEPs from the UK Brexit Party turned their backs on the European Parliament as the bloc's anthem, Ode to Joy, played at the institution’s opening ceremony at Tuesday morning’s session.

"I will give them this warning – if they don’t deliver Brexit on [October 31] they’re toast and we’ll see a turquoise takeover,” Mr Farage told reporters on Tuesday after the protests.

But Brexit Party MEPs were met with opposition protests from Liberal Democrats, who arrived sporting yellow "Bollocks to Brexit" tees.

Brexiteers thought they were "being clever by standing with their backs to the chair at the opening session," Richard Corbett MEP said, adding that the Brexiteers looked "pathetic" and had not "impressed anyone".

A previous special meeting had been suspended by European Council president Donald Tusk due to disagreements on selecting candidates for key positions within the organisation. The assembly will elect a president on 3 July even if the Council fails to choose other key positions, a European Parliament spokesperson said on Tuesday. Candidates must meet the Wednesday deadline to cast their leadership votes no later than 20:00 GMT on Tuesday.