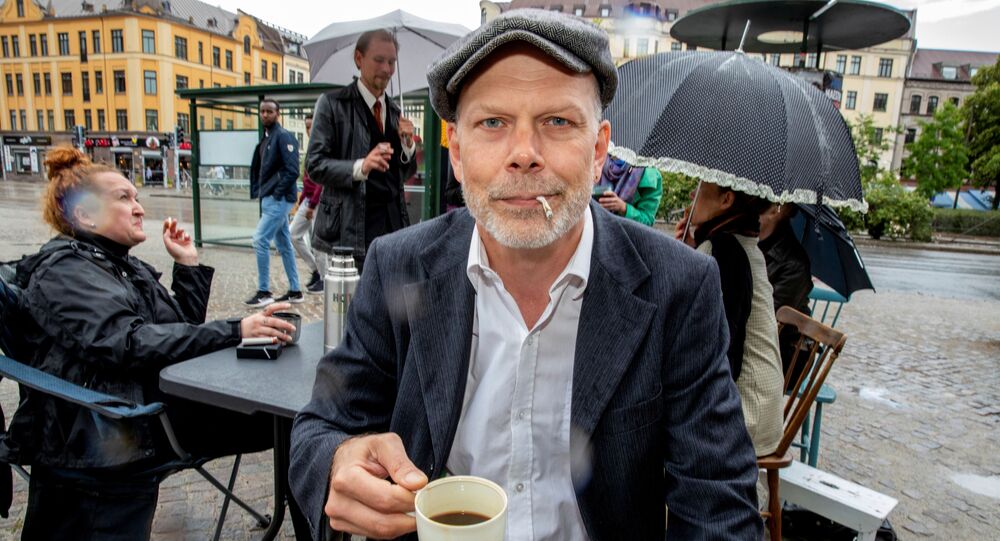 While the smoking ban is part of the government's ambitious goal for Sweden to become a non-smoking society by 2025, it has sparked a lot of criticism among ordinary Swedes.

Sweden's new tobacco law has banned smoking from outdoor cafes, bus stops, and other public places. The ban even applies to electronic cigarettes and herbs used as tobacco substitutes.

Prior to 1 July, smoking was prohibited in several places, mainly indoors, but the ban has been extended to shop entrances, school yards, train platforms, hospitals, fenced sports grounds, and special care establishments.

The enforcement of the ban has been delegated to the owners of the premises involved. They are obliged to remove all ashtrays and clearly inform about the smoking ban with signs. Anyone who lights up a cigarette should be asked to quit. If the owner doesn't do enough to comply with the smoking ban, a penalty will be imposed. Smokers will be fined for unlawful infringement.

The smoking ban is seen as part of the government's goal for Sweden to become a non-smoking society by 2025. Social Minister Annika Strandhäll assured that the ban would make the next generation smoke less.

However, despite the alleged health benefits of not smoking and non-exposure to carcinogenous smoke, the ban has triggered a lot of criticism.

Among others, the Liberal Youth League (LUF), the youth wing of the Liberal Party arranged a demonstration against the ban, where its chairman, Joar Forsell, was walking dressed as a cigarette. Fellow Liberals were sporting T-shirts saying “I'm doing it just to mess with Annika Strandhäll”.

​Forsell went on to pen a joint opinion piece with fellow Liberal Linnéa Bjärum called “The state has once again made Sweden more boring”.

“The smoking ban may seem to be a trivial issue, but when a minority does something that the public does not like, the society's tolerance is actually put to the test”, Forsell and Bjärum wrote.

Many Swedes joined the Liberals' action called “The Freedom is Smoked”.

“The state must stop being so damn boring”, a user wrote.

“In Sweden, smoking bans, plastic straws and taxes on plastic bags are now being debated more than real problems such as Islamisation, terrorist threats and shootings. Is there any counterpart in world history, you may ask? Yes, there is: bread and spectacle for the people just before Rome fell”, blogger Project Morpheus tweeted.

“May I no longer walk past an outdoor cafe with newly bought smoked fish then?” another user sneered.

Norwegian columnist Preben Dimmen called the smoking ban “totalitarian” and argued that it “set the precedent for the clampdown on individual freedom”.

How are the politicians not able to see how totalitarian their policies have become?

This sets precedent for the clampdown on individual freedom

​Recent EU Eurobarometer surveys, meanwhile, have continuously ranked Sweden as the country with the least proportion of smokers. Only 13 percent admitted to smoking daily, compared to the EU average of 28 percent. The same survey identified Sweden among the countries with the highest proportion of former smokers.

Sweden, although, has an exceptionally high proportion of users of snus, a dried tobacco product that is placed under the upper lip for extended periods.