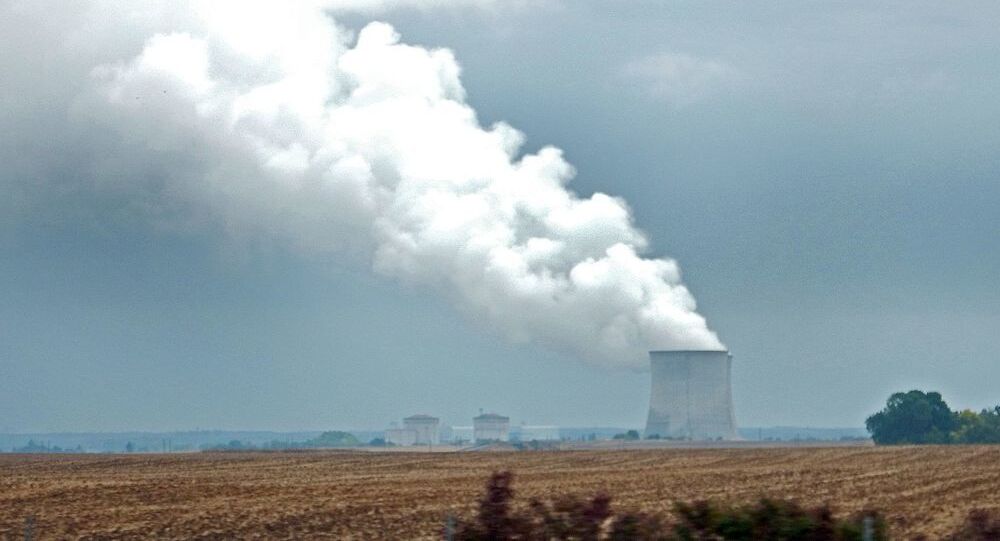 On Friday, a new record temperature of 45.9°C (114 Fahrenheit) was registered in the French village of Gallargues-le-Montueux located in the country’s southern department of Gard.

Despite the fact that the heatwave in France has started to show signs of abating, its consequences may cause a temporary shutdown of the country’s nuclear power plants (NPP) that supply two-thirds of France’s electricity, according to the largely state-owned French electricity company EDF.

The company is specifically concerned over water shortages and overheating of river water that is needed to cool nuclear reactors, including that of the Civaux NPP, cooled by water from the River Vienne; its water level is currently close to a historic low following the heatwave.

According to the newspaper Journal du Dimanche, river levels have fallen drastically in France’s eastern, central, and southern areas.

Last year, the EDF ordered the temporary shutdown of three NPPs in eastern France due to scorching heat. These included the Bugey NPP near the Swiss border, the Saint-Alban power plant on the Rhone, and the Fessenheim NPP close to the German frontier.

The EDF’s current warning comes after the mercury rose to a record high of 45.9°C (114 Fahrenheit) in the southern village of Gallargues-le-Montueux, near the city of Montpellier, on Friday.

Record-breaking temperatures were also registered in Gard's other cities, including Carpentras and Vaucluse, where the temperature proved meteorologists correct when it reached 44.3°C (111.7 Fahrenheit). The hot weather has reportedly claimed the lives of at least four people in France.

The country’s national record-high temperature of 44.1°C (111.3 Fahrenheit) was recorded in the Gard communes of Conqueyrac and Saint-Christol-les-Ales on 12 August 2003, during a deadly heatwave that hit the continent at the time.

The current heat comes as France is reportedly the seventh European country to register a plus 45-degree temperature. The high temps have also hit Bulgaria, Portugal, Italy, Spain, Greece, and North Macedonia.

France May Shut Down 17 Nuclear Reactors Until 2025 – Minister