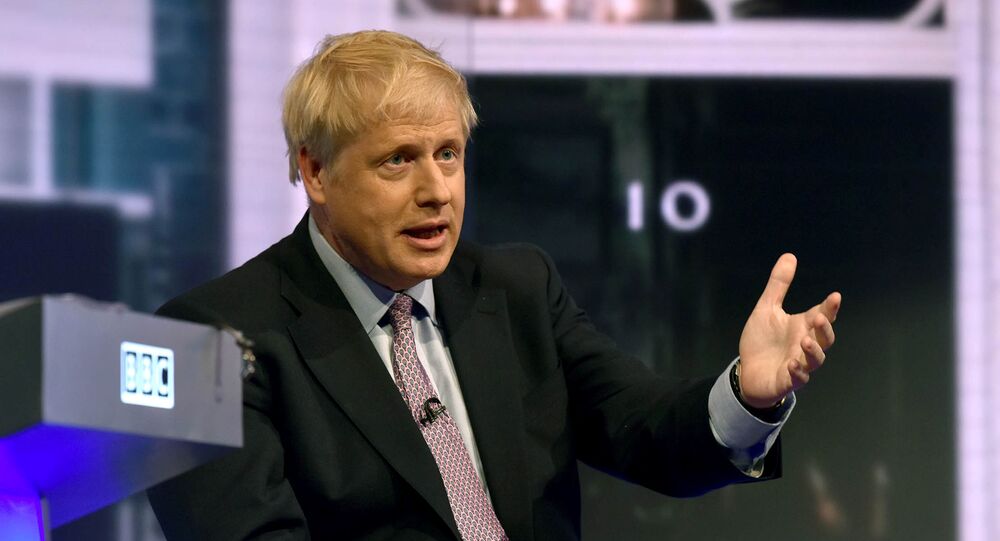 BoJo’s mojo appears to have made itself known again after last week’s ubiquitous coverage of his much debated domestic spat with 31-year-old girlfriend Carrie Symonds.

British Conservative PM frontrunner Boris Johnson has blasted the BBC’s political coverage, urging media bosses to care for elderly, over 75-year-old television viewers’ licences rather than pamper their beloved presenters by splashing out “vast sums” on them.

“The Brexit Bashing Corporation”, the PM candidate labelled the BBC, causing grassroots Tories present at a leadership event in Carlisle to chuckle in response. He went on to ridicule the Beeb’s coverage of Brexit, implying it was deeply biased, as well as its decision to axe the free licence possibility for 3.7 million senior citizens, causing a storm of approval online:

Just been listening to todays hustings at Carlisle and have to say @BorisJohnson is absolutely back on form. Giving out jokes, ideas and unity. Best comment was about the BBC ‘Brexit Bashing Corporation’ fantastic #backboris

“The BBC has been at the forefront of the assault on Brexit for some time”, Johnson was heard as saying in a nod to Former Foreign Secretary Andrew Stephenson’s similar criticism of the national broadcaster.

“They no longer make pretence of being independent and balanced, in my opinion. So should something be done about the licence fee?” he asked rhetorically, moments later mentioning their “highly expensive presenters”.

Some, however, weighed in suggesting it is a typical case of gaslighting:

And now it's the BBC's fault that the Tories abolished free TV licences. pic.twitter.com/o69yFRySF9

In a subsequent question and answer exchange, Johnson, who had a turbulent period last week when he became the centre of a reported domestic spat with his partner Carrie Symonds, predicted that the Leave would strengthen the Union.

Johnson has insisted he is reliable enough to be prime minister after an event attendee questioned whether he can be trusted with the “great lady Britannia”, in light of his “chequered private life”.

“Don’t look at what I say I do, look at what I do”, Johnson replied going on to draw a line between outgoing Theresa May’s agenda and his own programme, comparing their viability:

“First of all I’m not going to be trying to get her deal through the House of Commons... We should not have a deal which traps us in the Customs Union until the EU gives us permission to leave”, Johnson noted stressing that he will be putting forward a deal that differs from the one proposed by Theresa May and is worked out by a diverse Conservative negotiating team so that “Brussels knows that what we promise to Brussels we can deliver through Parliament”.

The comments arrive weeks before ballot papers are due to be delivered to the 160,000 Conservative Party members who will decide on the next resident of 10 Downing Street, starting on 22 July. Days earlier, the BBC notably agreed to cover up an outburst from Boris Johnson in which he branded the French “turds” over Brexit, media reported.

Johnson, who resigned in protest over Theresa May’s Brexit blueprint, is currently tapped as the absolute favourite to replace May after last month’s announcement that she was leaving her post.

The new premier will have to lead the country during the Brexit process before the new 31 October deadline comes.

London and Brussels failed to wrap up a Brexit deal after British MPs disapproved of all of May’s plans for the divorce with the EU, while equally vehemently rejecting a no-deal Brexit.