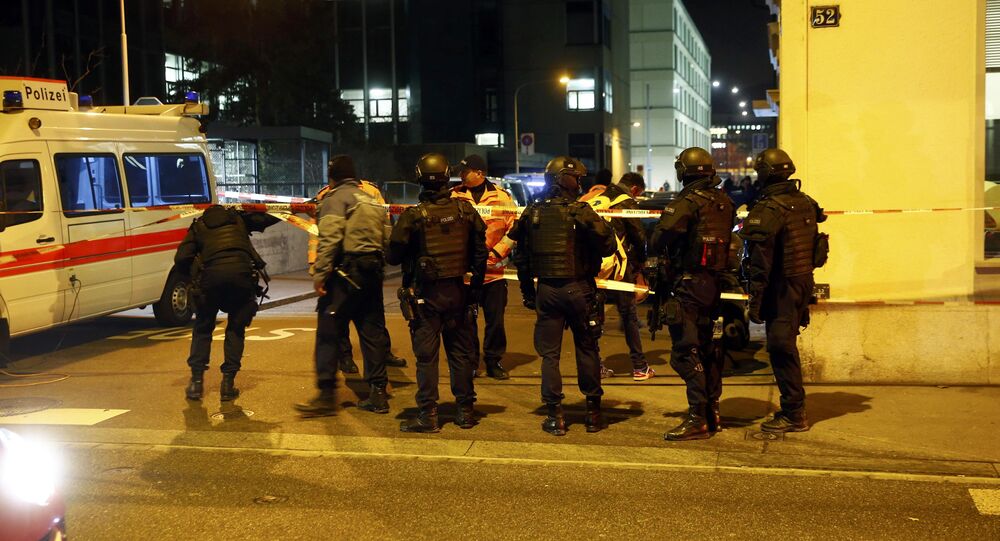 Protesters tried to approach the Intercontinental hotel, where Biya is staying since Sunday, but the police cordoned off the road, according to the local newspaper.

Clashes between supporters and opponents of the Cameroonian president were also registered in Geneva.

Many Cameroonians came from the United Kingdom, France, Germany, Italy, as well as different parts of Switzerland.

Demonstrators in #Geneva sing "How Many People Paul Biya Go Kill" as they are dispersed by Swiss police in front of the Intercontinental today where #Cameroon's President Paul Biya is staying. Footage was filmed here: https://t.co/lojL1U3JKl #PaulBiya pic.twitter.com/95078NtSo1

​As of 12:30 GMT on Saturday, only several dozen demonstrators remained in the vicinity of the hotel, according to Tribune de Geneve.

The oil-rich republic of Cameroon has high poverty and unemployment rates. The nation has recently been mired in violence amid Boko Haram presence in the Lake Chad area in the north as well as the secessionist crisis in the anglophone southwest and northwest regions that escalated in 2017, when secessionist leaders proclaimed independence from the country's French-speaking areas.

Biya has been ruling the country since 1982.

*Boko Haram is a terrorist group banned in Russia and many other countries.

At Least 4 Tourists Killed in Snowstorm in Swiss Alps - Police