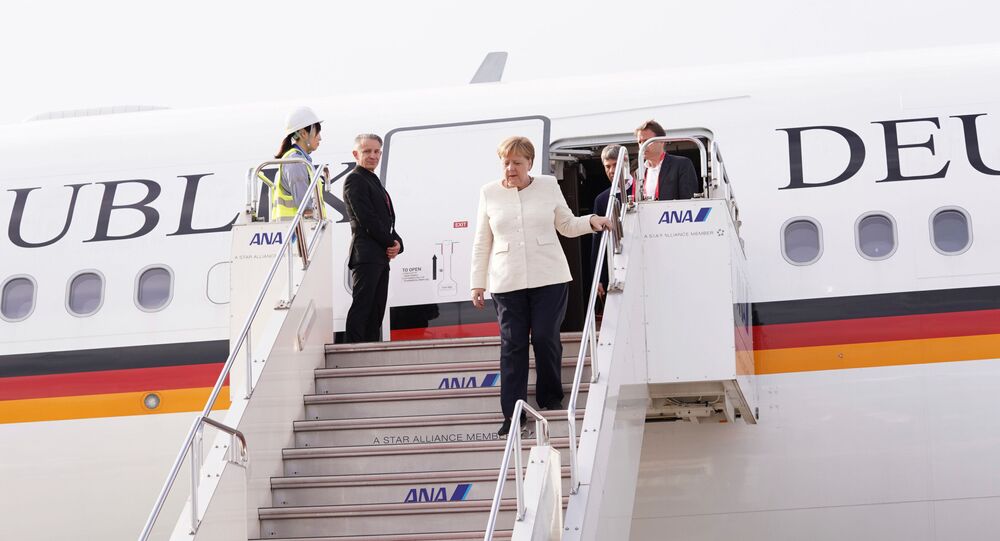 The 64-year-old German leader's public appearances have become the subject of careful scrutiny in recent weeks following a pair of incidents where she could be seeing trembling uncontrollably during public events.

Chancellor Angela Merkel has finally commented on her shaking episodes, saying she is feeling good, but not revealing whether or not she has seen a doctor about the matter.

"I'm convinced that just as this reaction has appeared, so too it will pass," Merkel said, speaking to reporters Saturday on the sidelines of the second day of the G20 summit in Osaka, Japan, Bild reports.

"I have nothing special to report. But I'm fine," Merkel added.

Earlier on Saturday, Merkel met with Russian President Vladimir Putin, and here again a bit of somewhat awkward behaviour was picked up by the cameras. Before the start of the meeting, Merkel first set her watch to Putin's, and then began making her way to the wrong side of the table before the Russian leader gestured her to go to the other side.

#Putin and #Merkel meet on the sidelines of #G20 in #Osaka pic.twitter.com/OecG1NECKi

Merkel declined to comment on the state of her health during the first day of the summit, but officials insisted that "the chancellor is well" and said that the second shaking incident, observed during a ceremony for outgoing Justice Minister Katarina Barley on Thursday, was "psychologically driven."

The first bout of shakes was observed on 18 June as Merkel greeted newly elected Ukrainian President Volodymyr Zelenskiy, saying it was merely a case of dehydration.

Merkel, who turns 65 in July, has been leader of the centre-right Christian Democratic Union (CDU) Party since 2000, and chancellor of Germany since 2005, and has been reelected three times. The long-time leader of Europe's strongest economy has been called the most powerful woman in the world. Last October, Merkel announced that she would not be run for another term in office following setbacks in the 2018 elections.

Lost in Time and Space: Merkel's Awkward Behaviour Prior to Talks With Putin Caught on Camera