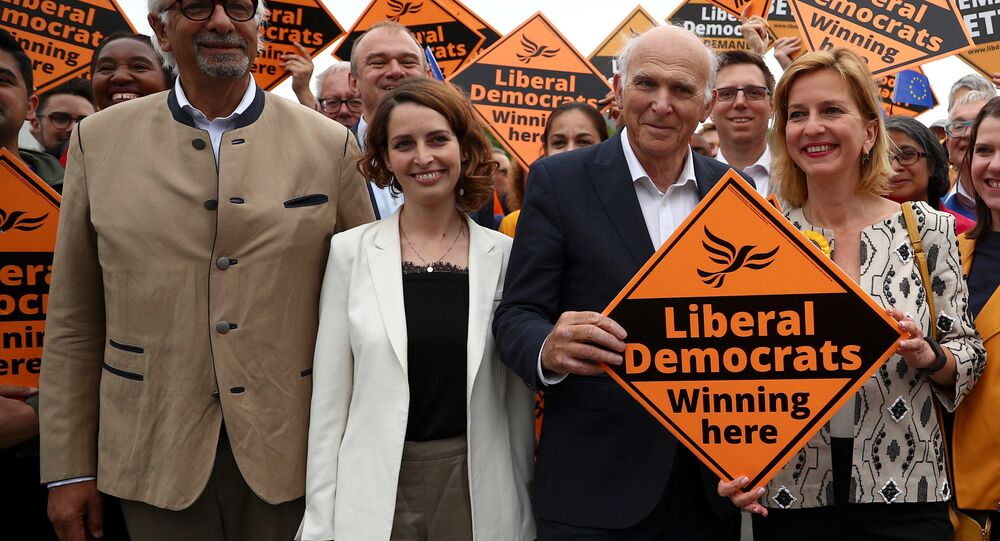 When asked by host Victoria Derbyshire whether he felt he’d lost out on a more exciting career path, Davey responded that working for Ashdown “was pretty exciting”, as “you never knew what he was going to do next”.

Liberal Democrat leadership candidate Ed Davey has revealed MI6 once tried to recruit him - but he turned the job down to become economic advisor to former party leader Paddy Ashdown.

Davey made the shock disclosure during the 27th June BBC leadership debate with rival Jo Swinson - he said he’d decided to work in politics “to serve our country in even bigger ways”.

“As a younger man, I almost served our country a different way. MI6 tried to recruit me to be a spy overseas, but I’d just been appointed to be the economic advisor to Paddy Ashdown, so I never became Double-O-Davey,” he said.

So MI6 tried to recruit Ed Davey to be a spy, but he plumbed for working under Paddy *Special-Boat-Service-&UK-Security-Services* Ashdown instead.

Intriguingly, while Davey turned down the foreign spy agency’s offer, the Liberal Democrats has had its fair share of spies in its ranks. Amazingly, Ashdown was himself a former MI6 operative - and in November 2002 Harold Elletson defected to the party. He’d served as Conservative MP for Blackpool North 1992 - 1997, but claimed the Lib Dems offered him a better chance to uphold “the values of progressive conservatism” - he was also a veteran MI6 operative, having worked extensively for the agency in Eastern Europe and the former Soviet Union, using his work as a trade consultant as cover.

His relationship with the organisation didn't end after his election either, despite a long-standing convention in British politics that intelligence services not use MPs as agents — then-Prime Minister John Major waived the rule to allow him to continue his intelligence work while in parliament, which included visits to the now-former Yugoslavia during the Balkans war. As an MP, he was vociferously opposed to the Bosnian War - conversely, Ashdown was among the most ardent pro-intervention voices in Parliament.

No, its not. Harold Elletson, the coordinator for the German cluster, was identified as a MI6 agent by the observer in 1996. Guy Spindler, working for the Institute for Statecraft, was outed as a MI6 agent by Richard Tomlinson in 1999. Just two examples.

​It’s unclear when Elletson left the Liberal Democrats, but in 2015 he co-founded the Northern Party to campaign for better representation for Northern England. In the 2015 general election he contested the constituency of Lancaster and Fleetwood, coming last with 0.4 percent of the vote. He’s since become involved with Integrity Initiative, the controversial UK government military intelligence front, acting as the organisation’s key point-man in Germany.

Elletson’s former business associate John Kennedy also recently got involved in politics, standing for the Brexit Party in the May European Parliament elections.

Elletson and Kennedy founded two companies in 1993 - bizarrely, rather than working for MI6, it’s been revealed Kennedy was in fact placed under surveillance by the spying agency due to his affinity for Bosnian Serb leader Radovan Karadzic. Whether Elletson played a part in that surveillance is unclear.