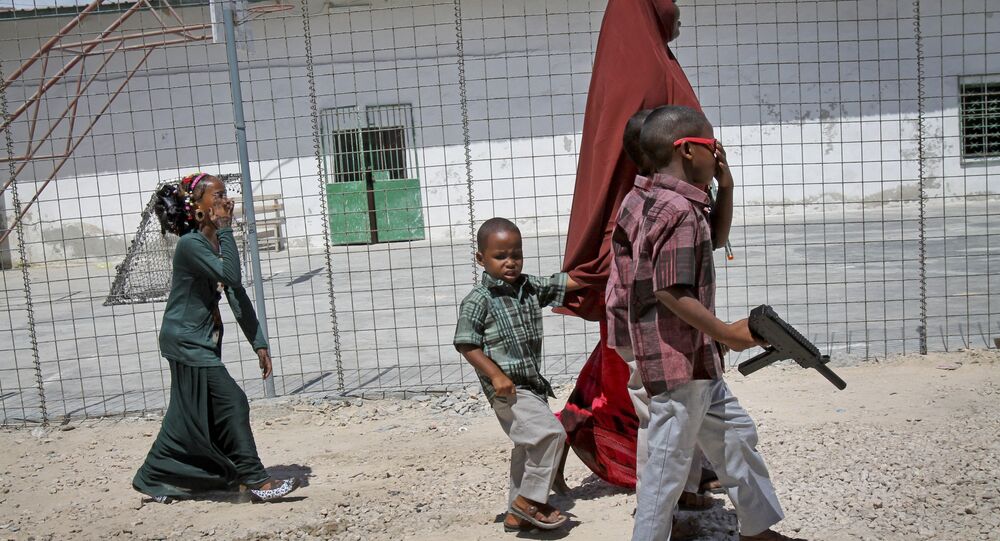 In absence of comprehensive national statistics, the existing data is feared to merely scratch the surface of this phenomenon, where hundreds of migrant kids are believed to be sent “home” each year to avoid immersion in Swedish culture.

So-called “educational trips” for migrant boys and young men, who are taken to their home countries, often against their will, in order to prevent them from becoming “too Westerinsed” have become an increasingly larger problem in Sweden.

“It can be anything from visiting relatives to schools that can be quite strict. And there are also special centres, educational institutions”, Mikael Thörn, a senior investigator at the Equality Authority, told national broadcaster SVT.

This problem is notoriously difficult to track in the absence of comprehensive national statistics. The existing data is feared to barely scratch the surface. Last year, the Foreign Ministry only recorded 127 cases of forceful abductions abroad, involving forced marriage, female genital mutilation and so-called “education trips”. Of these, about 30 cases concerned boys.

However, Mikael Thörn is sure this is barely the tip of the iceberg. The Somali language even has a special expression, “dhaqan celis”, translated as “return to culture” or “rehabilitation trip” to denote a situation where children born and bred in Europe or the Americas are sent to their parents' native land for “enlightenment”.

“There may be hundreds. There are no national statistics”, Thörn said, calling the victims “a forgotten group”.

According to Thörn, such trips often have a traumatic effect on the children's psyche, and many come back in much worse shape.

“The situation is made worse by mental health issues, abuse and trauma”, Thörn explained.

In the early 2000s, he worked in social services in Gothenburg. There, nine such cases were discovered in a single year.

“The National Board of Health and Welfare made a survey and this was debated, but now I feel that the question has disappeared and is largely forgotten. No one seems to know how many people are involved and few municipalities have routines to tackle this,” Mikael Thörn said. “When they disappear, some cases are written off”, he continued, calling this discrimination.

According to Shanazi, a local NGO working against honour-related oppression, so-called “educational trips” are not uncommon in Linköping municipality. A few years ago, 17 primary school students were missing after the summer vacation, most of them boys, Hoshi Kafashi of Shanazi explained to SVT.

At present, the problem is exacerbated by the fact that Sweden has no embassy in Somalia and cannot provide timely help.

According to Thörn, surveys at the national and municipal level are needed to address the problem in full. Also, it is the school's responsibility to alert the authorities if they suspect a child is at risk of being sent abroad against their will.

Previously, the authorities have warned that summer vacations entail a higher risk of child marriage and other problems.

“We want to draw everyone's attention to the fact that children and young people can land in trouble during school holidays. They can be taken abroad and become married away or subjected to genital mutilation”, Sara Mühling, expert adviser at the National Competency Team warned.

According to researcher Tobias Hübinette, associate professor at Karlstad Univeristy, about 40 percent of the Swedish population aged 0-30 have some form of foreign background. The Somali diaspora in particular has exploded since the 1990s, as refugees from the Somali Civil War started to arrive in Sweden. Today, the Somali diaspora is estimated to number over 60,000, with over half of them retaining their Somali citizenship.