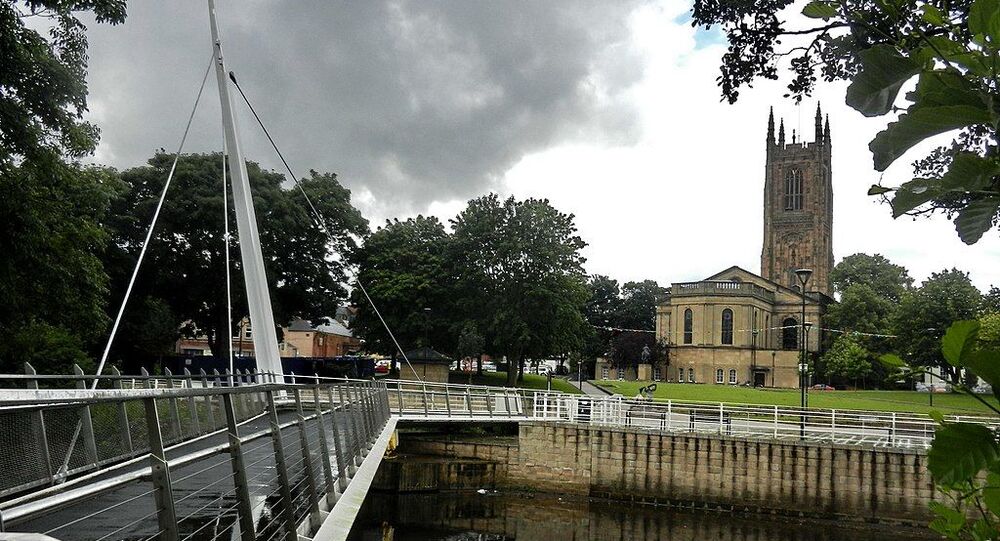 The bang was powerful enough to trigger car alarms and left houses and office blocks shaking, and instantly sparked a debate online over its cause.

Derbyshire Police have revealed that the loud explosion heard in Derby city and the surrounding countryside area on Thursday morning was a sonic boom caused by a Royal Air Force (RAF) jet.

According to the authorities, the RAF Typhoon jet triggered the "loud bang" while moving at high speed to intercept an Air India flight from Mumbai to Newark after receiving a "security alert."

If you heard a loud bang over #Derbyshire today, this was as a result of a @RoyalAirForce jet passing over that caused a sonic boom.

This would be the reason there was a Sonic Boom in Derby... https://t.co/j3anefN6Rd

The loud bang, taking place at around 9:50 am local time, caused worried residents to express their concerns online, with Twitter flooded with reports on the ground about the experience.

What the heck was that loud bang in Derby? Shuck our whole building at the Wyvern Business Park. #Derby

Just heard/felt a loud bang/explosion over on the Wyvern in #Derby. Seems like it's been felt all across Derby, anyone know what it is yet?

Swear a bomb just went off

Eyewitnesses speaking to local media had similar accounts. One person travelling by bus told Derbyshire Live: "The bus I was on shook. Everyone on the bus is talking about it."

Others took a more playful attitude, joking that they were hoping that it was an alien invasion, saying the incident would be talked about for years to come in the sleepy central English city, or even arguing with authorities and claiming the blast was actually caused by a meteor explosion.

Excitement in Derby - a sonic boom! I was hoping for an alien invasion, but can’t have it all!

This sonic boom is going to be on the news for weeks, and the Derby telegraph will report this day again in 10 years time. The day asda stood still because of a sonic boom #Derby

Have you heard/felt one before? Literally feels like the world is caving in.

That was no sonic boom more like an explosion as ex military I've heard sonic booms close hand and waddington and scampton and conningsby are nowhere near Derby how come Nottingham and Leicester hasn't heard anything my opinion meteor exploding.

The RAF later confirmed that a Typhoon was launched from the RAF Coningsby base to intercept and escort the Air India flight to Stansted airport, saying it had been "authorised to transit at supersonic speed for operational reasons," and adding that "any inconvenience caused to local residents is regretted."