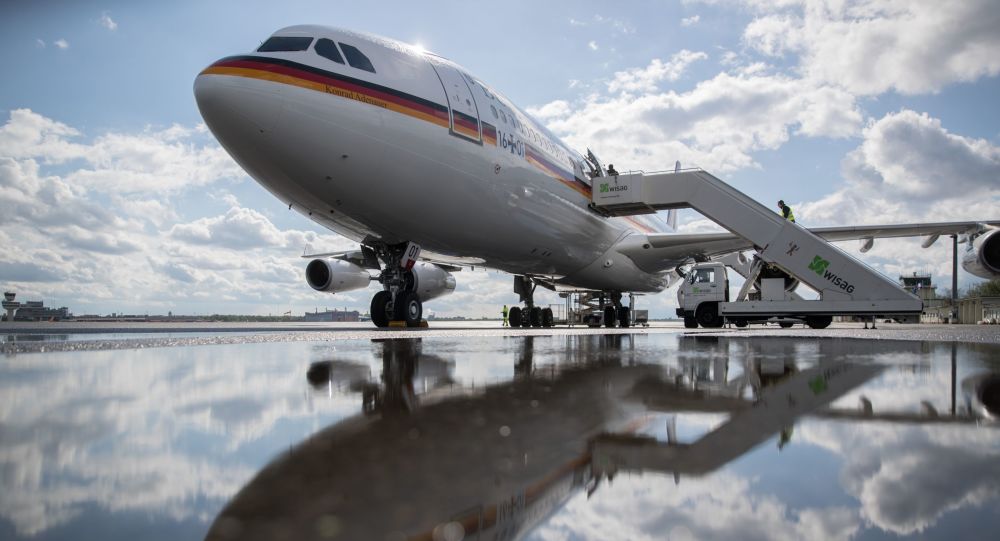 In November 2018, Merkel had to take a commercial flight to fly to a G20 summit in Buenos Aires after her plane, an Airbus А340, lost all communications with the ground as it was flying over the Netherlands towards Argentina.

Two government planes will be on standby so that Chancellor Angela Merkel can safely fly to a G20 summit in Japan which opens in Osaka on Thursday, an unnamed German airforce spokesman was cited by the news agency DPA as saying.

The spokesman said that the second A340 jet, due to be deployed at Tegel airport in Berlin, will replace the primary A340 if it faces possible technical problems before takeoff.

The second plane will also make a scheduled training flight to Tokyo if the plane carrying Merkel takes off and safely fly for several hours.

If the primary plane fails to make the return journey, the second aircraft would also be used as a replacement.

Earlier this month, the German newspaper Rheinische Post quoted unnamed officials as saying that the German Bundeswehr, the Foreign Ministry and the Federal Office for the Protection of the Constitution now suspect sabotage and cyberattacks as possible causes of numerous malfunctions on the country’s government planes.

Lufthansa technicians, for their part, assured the authorities that the recent problems pertaining to these aircraft were purely technical ones.

The issue was raised after Merkel's plane, an Airbus А340 dubbed the “Konrad Adenauer”, lost all communications with the ground as it was flying over Netherlands towards G20 summit in Argentina on 29 November 2018, and was forced to return to Cologne.

The pilots managed to safely land the plane with half-full fuel tanks, which created additional security risks, as the fuel system on board also failed. Merkel, in turn, was forced to take to commercial flight to arrive in Buenos Aires.

Similar incidents marred foreign trips of German Foreign Minister Heiko Maas earlier this year. These included his arrival in New York on 1 April 2019, when one of his Airbus A321’s tyres exploded upon landing despite the fact that it was recently replaced with a new one.