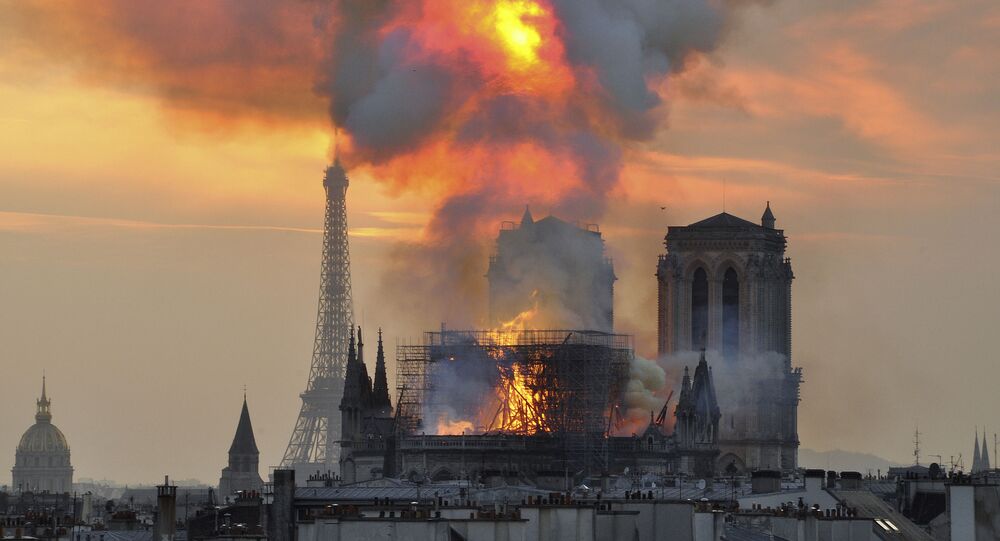 The centuries-old Gothic building saw a large part of the roof and its landmark spire collapse in a fire on 15 April while it was being renovated.

Paris prosecutors have stated that investigators had many hypotheses about the reasons for the fire at the Notre Dame Cathedral in April "including a malfunctioning of the electrical system or a fire which started with a badly stubbed-out cigarette", indicating there was no evidence to back up any theory of "a criminal origin" to the fire.

"If certain failings, which may explain the scale of the fire, have been brought to light, the investigations carried out to this date have not yet been able to determine the causes of the fire", Paris prosecutor Remy Heitz said.

However, Heitz noted that an investigation had been opened into the possibility of negligence having caused the blaze.

The landmark Gothic cathedral, dating back to the 12th century, caught fire on the evening of 15 April. The building was heavily destroyed in the blaze and two-thirds of the cathedral's wooden roof was damaged in the blaze. The main spire and clock collapsed, but the two main towers were saved.

No fire-related deaths have been reported but one of the firefighters working at the scene was seriously injured.

There have been theories about arson, however, Paris Prosecutor Remy Heitz has stated that no evidence of this has been found.

The fire reportedly started in the scaffolding that covered the back of the cathedral. Most of its treasures survived, including the crown of thorns. French President Emmanuel Macron has promised to rebuild Notre Dame within five years.