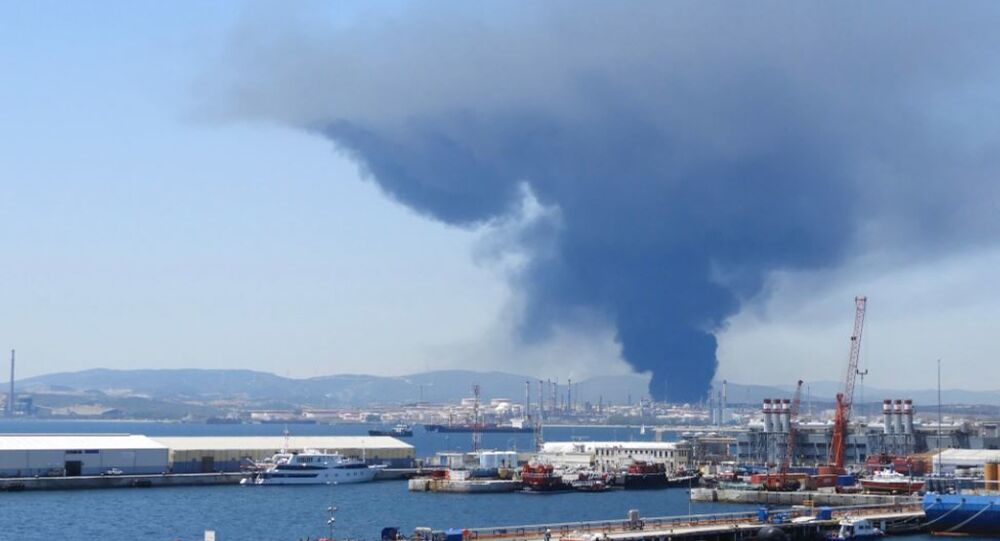 Authorities in the city of Cadiz have reportedly declared a state of emergency as a chemical plant containing highly flammable substances has caught fire.

A huge explosion has ripped through a oil refinery operated by the company Indorama in the city of Cadiz, Spain near Gibraltar, sending plumes of "toxic black cloud" into the sky, El Espanol reported.

The local police tweeted that authorities in Gibraltar are aware of the fire at Guadaranque Industrial Park and are "assessing the situation and possible impact it may have on Gibraltar".

The city council has stated that the cloud of smoke created by the blaze isn't toxic, but added that the nature of the fire made it extremely difficult to extinguish.

"We continue to monitor the plume but there is no reason to believe that it is toxic. The wind continues to blow the plume away from Gibraltar and, as it disperses over the Bay, we do not expect the Rock to be affected", it said.

UPDATE: Until the Gibraltar authorities can confirm the chemical composition of the smoke plume and as a precaution, people should keep doors and windows closed. The Chief Minister has offered the assistance of the Gibraltar Fire and Rescue Service to the Spanish authorities.

"We have been monitoring the plume. The majority is to the west of Gibraltar over the sea. The smaller and higher element of the cloud is above the height of the Rock. Under current meteorological conditions, there is no cause for concern," the government of Gibraltar said on Twitter.

Alleged videos of the incident have been published in social networks.