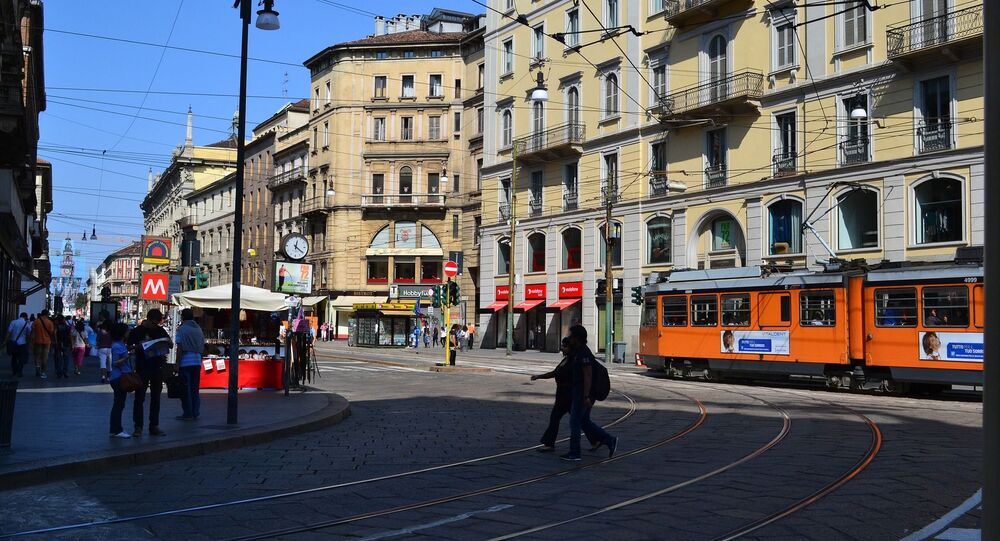 A British woman was found in a "disordered" state in a park along Via Conca del Naviglio in Milan at 6 a.m. (4 a.m. GMT) on 23 June by a passerby who called the police, Milan's Corriere reported.

The 44-year-old woman, who has not been identified for legal reasons, stated that she was robbed and raped by a gang of North African men in a park in Milan, according to the Milan newspaper Corriere citing police.

"We were called by a passerby who had seen the woman in a dishevelled state partially clothed in the early hours of the morning. Initially, it was thought she had been the victim of a mugging as she told officers her telephone had been stolen but she then told us she had been raped", a Milan police spokesman stated.

According to police, they have already taken DNA samples and were also checking CCTV footage of the area. An investigation into the incident is underway, police reported.

The woman had allegedly walked alone to a street called Via Conca del Naviglio after having a few drinks with a friend. The woman said she lost her phone at some point.

European countries have been struggling with their worst migration crisis in recent history for around four years now. Italy, alongside Spain and Greece, have been hardest hit because they serve as the main entry point for undocumented migrants who reach Europe by sea.

New Push Across US to Eliminate 250,000 Untested Rape Kit Backlog