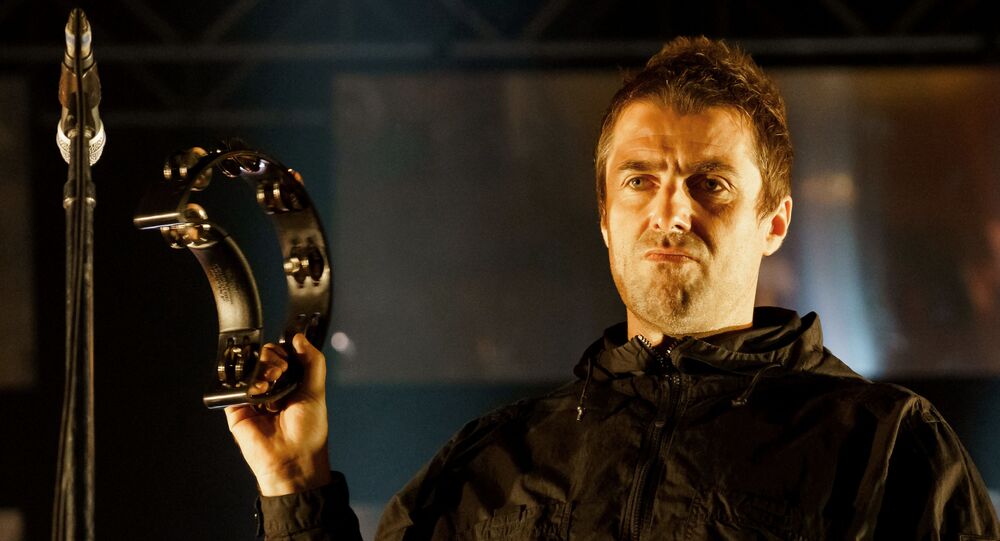 A recent report by the chief Tory in the London Assembly offered grave statistics on the current crime rate in major UK cities, including London, arguing things have seriously worsened during “incompetent” Sadiq Khan’s 3-year tenure as head of London.

Liam Gallagher, the ex-Oasis frontman who hasn’t been in any way associated of late with any concrete part of the political spectrum, has lashed out at London mayor Sadiq Khan for his handling of London’s worrisome  knife crime statistics, expressing genuine fear for his children’s safety in particular.

“Every morning you wake up there’s some 16-year-old being knifed to death and that”,  the former Oasis frontman recalled while appearing on BBC Breakfast.

"That freaks me right out" @liamgallagher's take on knife crime in the UK👇 pic.twitter.com/yrhDxUJen4

“I’ve got kids that age, out and about and that, doing their thing, living, being young. That freaks me right out – it does worry me. I’ve got teenagers”, he went on before assessing Mayor Khan’s competence:

“I’d have a word with that mayor – he seems to not be doing a good job, all them [sic] kids getting knifed and all that”.

“The only thing that ever comes out of his mouth is, ‘London is open’. What, open for knife crime and dying and stuff?” Gallagher pointed out making a reference to the Labourite London mayor’s official campaign to celebrate the capital’s diversity and pluralism.

Other political camps, and apparently, Secretary of State for Environment Michael Gove, were also referenced:

“If I did see a politician taking drugs he’d get a crack round the head. [I’d say] ‘What are you doing, you doughnut?’ They’re meant to be running the country, aren’t they?” he said, in an apparent swipe at the Michael Gove cocaine story. The Tory leadership race was shattered the other day by a drugs scandal after it surfaced Michael Gove had taken cocaine.

The singer, meanwhile, welcomed change and diversity in UK governance, arguing that a “three strikes and you’re out” system adopted in law enforcement would do the political system of the country a world of good by making it more diverse, as the general public no longer has decent say in who should govern the nation.

“Get the other party in or whoever’s next, not just Labour – the Green Party or whoever else it is”, Gallagher, who is to perform at this weekend’s Glastonbury Festival with new tracks from his upcoming solo album after dissolving Oasis, stressed.

Concerns have been on the rise over the past few years about a marked surge in knife crime rates across the UK, specifically in major cities, such as London. According to Home Office statistics, there were 39,818 gang-related knife crime offences in the 12 months ending September 2018.

Knife crime is certainly about cuts to policing, but not only about that: it's about the erosion of our youth services, the closure of drug & alcohol rehabilitation centres & what the Government have done to our communities under the guise of austerity. #bbcqt from Thurs: pic.twitter.com/j4yX5wIL0l

This marked a two-thirds rise from the year ending March 2014, when 23,945 such offences were reportedly registered. According to a recent report “The Cost of Khan” by Gareth Bacon, leader of the Conservatives in the London Assembly, violent crimes have soared in London since Khan became mayor in May 2016.

National office of statistics are clear over the most recent published period. (Media headlines in brackets) 396 homocides due to bladed implements (knife crime epidemic) 400 homocides due to domestic abuse (shush). Always report it.

The report accuses Khan of "complacency, incompetence and shirking responsibility", asserting knife crime has done up by 52 percent, burglary 17 percent and robbery 59 percent, and homicides 24 percent to 135 (the highest total in over a decade) over Khan's first three years in office.

The epidemic, which is a burning, hot-button topic in UK politics, has prompted many to call for the government to boost stop and search powers of city police — something that Tory leadership frontrunner Boris Johnson has vowed to do if he takes over as PM.