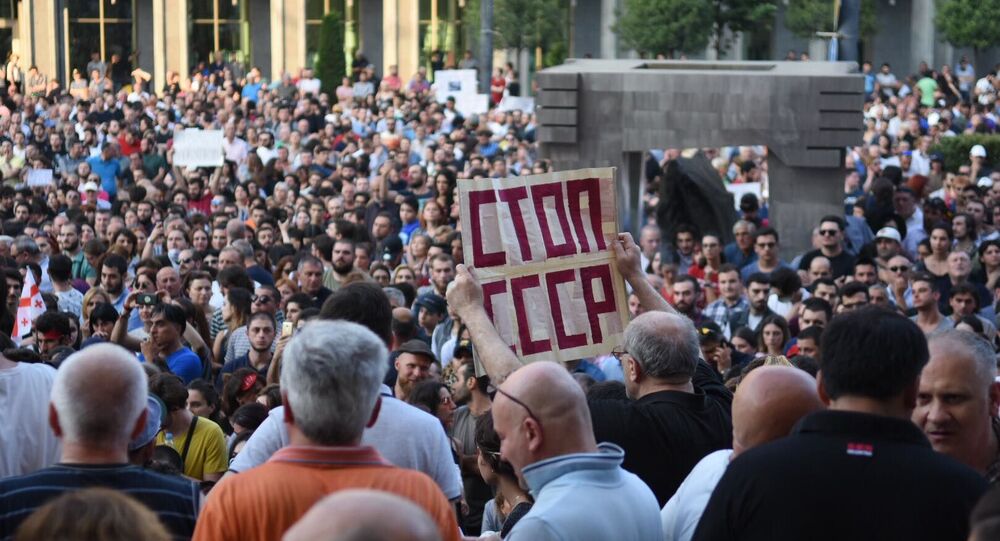 MOSCOW (Sputnik) – The Russian Foreign Ministry has demanded in a statement that Tbilisi guarantees unconditional safety of Russian citizens in Georgia, in the wake of an attack on Russian journalists in Tbilisi.

"We demand that the Georgian authorities ensure unconditional safety of Russian journalists as well as citizens of the Russian Federation, who are present on the territory of Georgia, in general. We expect an appropriate response from the relevant international organizations and NGOs, especially from the OSCE Representative on Freedom of the Media H. Desir", the statement reads.

Georgia’s Interior Ministry has stated that it had launched an investigation into an attack on the crew of Russia’s Rossiya 24 television channel in the capital of Tbilisi.

"An investigation has been opened on charges of obstruction to journalist work and violence", a spokesperson told Sputnik.

Earlier in the day, Russian media reported that Georgian nationalists attacked a crew of Russia's Rossiya 24 broadcaster in Tbilisi.

On 21 June, Russian President Vladimir Putin signed a decree to suspend the air traffic with Georgia, starting on 8 July and ordered the authorities to guarantee that all Russians currently travelling across Georgia be flown back. Moreover, Putin recommended travel companies to abstain from selling package tours to Georgia.

Putin’s decree followed violent protests in Tbilisi, which started on 20 June over a Russian lawmaker's decision to deliver a speech from the speaker's seat in Georgia's parliament during an international parliamentary forum on Orthodoxy. The activists demanded that the Russian delegation leave the parliament and called for the resignation of several Georgian officials. The Kremlin called the developments in Georgia a Russophobic provocation.