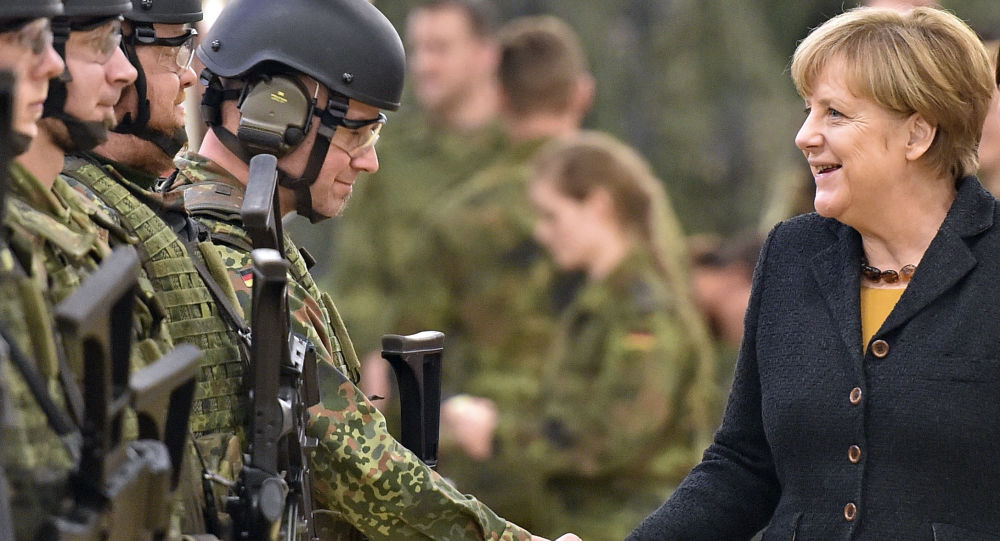 Following the European elections, the foreign ministers of the bloc have outlined what a "stronger" EU should look like to face off competition from the US, China and Russia, after the planned reforms.

Foreign Minister Heiko Maas and his French colleague Jean-Yves Le Drian have claimed a leading role in the EU's reform as they agreed on the programme titled "For a strong and sovereign Europe," the Germany's Spiegel media outlet reports. The ultimate goal, according to the magazine, is to make the EU more independent.

"The external challenges are for the first time at least as significant as those that are to be mastered within the EU," the German Foreign Ministry noted as cited by the media.

The outlet points out that while Chancellor Angela Merkel and French President Emmanuel Macron have agreed only on the basic common denominator and outlined bilateral cooperation in the Aachen Treaty, the fresh document focuses on joint European policy.

Call for Strong and Sovereign Union

Making Europe more sovereign is proclaimed to be their main concern, which requires "considerable willingness to compromise on both sides," the paper reads.

"Only a strong, sovereign and empowered Europe can assert its values and the interests of its citizens. If we do not want others to decide over our heads, Europe has to provide a response," Maas commented, according to Spiegel.

It also puts forward detailed proposals for reforms. Both France and Germany supported making decisions by the majority in what concerns foreign policy and called to increase "political costs" for undermining EU unanimity. The paper suggests that the EU member states, which see the majority’s decision critical, should rather "constructively abstain" instead of voting against the decision.

Spiegel also points out that many proposals are aimed at making the EU more independent from major powers, including Russia, China and the US. Among other things, the document repeatedly mentions the European payment channel "Instex" that is supposed to maintain the EU-Iranian trade against the backdrop of new US sanctions. The agreement points out that the EU needs more effective instruments to ward off the "extraterritorial sanctions of third countries."

The document also suggests that the EU should have more autonomous defence policy as Maas and Le Drian called for a European Security Council to be set up and better implementation of joint arms exports rules. Besides, Berlin and Paris called for establishing a European military training mission, called the "Peace Facility" (EFF), designed to support African partners.

"We want to systematically strengthen Europe's capabilities as a technology and science champion," Maas said.

This goes hand in hand in hand with calls to develop a "robust trade policy," which includes negotiating a free trade agreement with the UK and fair rules for dealing with China, namely full access of European companies to the Chinese market and the protection of intellectual property.

France and Germany also called for closer integration within the currency union, trying to persuade sceptics, including the Netherlands and the Baltic states, to make the euro more independent of the dollar and more important as a reserve currency worldwide.

Several EU governments have shown their support for a more independent course amid the escalating tensions between Washington and Brussels. The relations of transatlantic partners have been marred with Donald Trump’s decision to impose higher import duties, following a tariff row and the US' withdrawal from the Iran nuclear deal. Amid the disagreements, France, Germany and Spain endorsed the idea of a "real European army", which would have greater autonomy from the US. This did not go over well with NATO nor Washington.

NATO Secretary General Stoltenberg said that Europe should organise its defence efforts within NATO rather than on its own, while US President Donald Trump, who has long been pushing Europeans to beef up contributions to the alliance, called Macron’s idea “insulting”.'