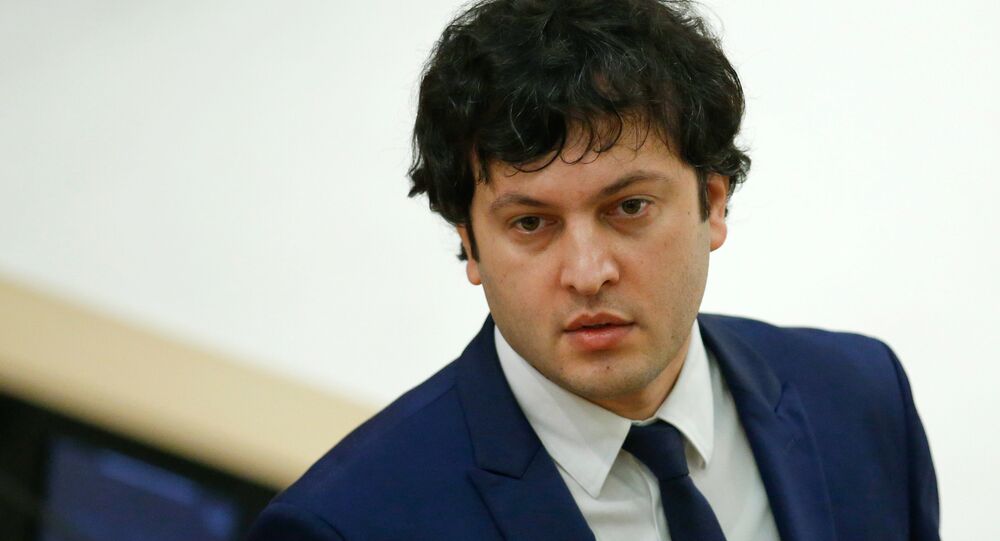 TBILISI (Sputnik) - The speaker of the Georgian parliament, Irakli Kobakhidze, has resigned amid protests in the country's capital, the secretary general of the country's ruling Georgian Dream party, Kakha Kaladze, said on Friday.

"This decision has been made to fulfill his responsibility toward the [Georgian] people," Kaladze said at a briefing.

Protests swept Tbilisi on Thursday, with the demonstrators opposing the participation of Russian delegates in the session. At first, Georgian opposition lawmakers left the session as IAO President and Russian lawmaker Sergey Gavrilov opened the meeting in the seat of head of the parliament. The session was interrupted, then the building was assaulted by radicals.

The opposition subsequently joined the demonstrators, calling for the resignation of the government and the parliament speaker. The protests were subsequently dispersed but demonstrators reportedly broke into the office of the ruling Georgian Dream party and ransacked it.

More than 70 people were injured as a result of the ensuing protests near the building.

The Kremlin has condemned the events in Tbilisi as "nothing more than a Russophobic provocation," voicing extreme concern over "aggressive manifestations against Russian citizens."