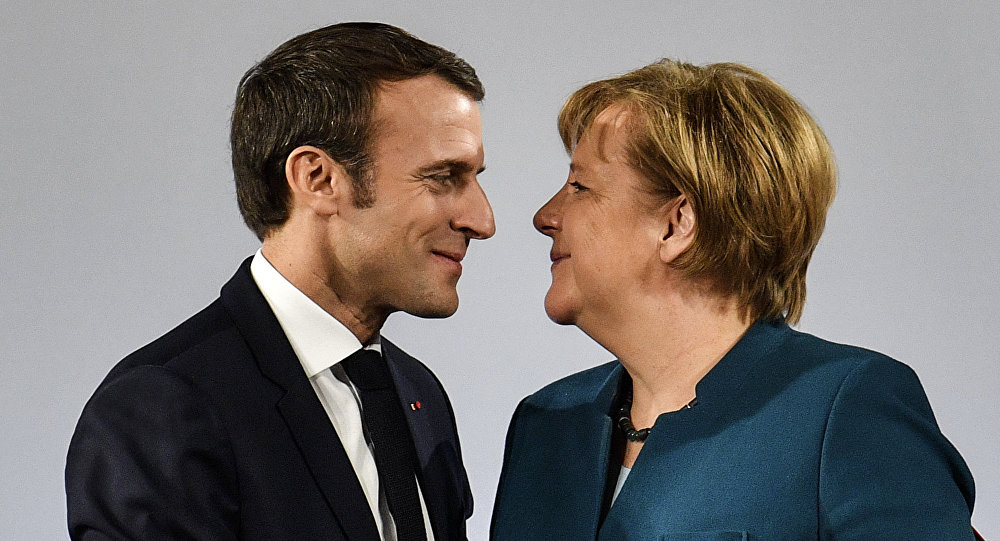 Macron Says He Would Support Merkel as European Comission Chief

EU leaders failed to reach a consensus on the bloc's top positions, including the European Commission presidency during talks that ended in the early hours on Friday. EU leaders will gather again on 30 June to decide on the bloc's key posts. A decision must be made before the first European Parliament session on 2 July.

French President Emmanuel Macron has voiced support for Angela Merkel to occupy the post of European Commission president, should she opt to stand for the position.

Speaking to journalists following the EU summit in Brussels, Macron said that Merkel possesses all the necessary qualities to become a good European Commission Head.

Earlier in the day, Donald Tusk said EU heads of state and government failed to agree on candidates for key positions within the bloc's leadership, adding that a special summit dedicated to this issue will be convened on 30 June.

Germany and France have diverging views on the post of Commission head with Berlin backing Manfred Weber and Paris opposing his candidacy.

Merkel previously stated her intentions to leave politics at the end of her term as German chancellor. However, she has been widely touted as a potential successor to Juncker.