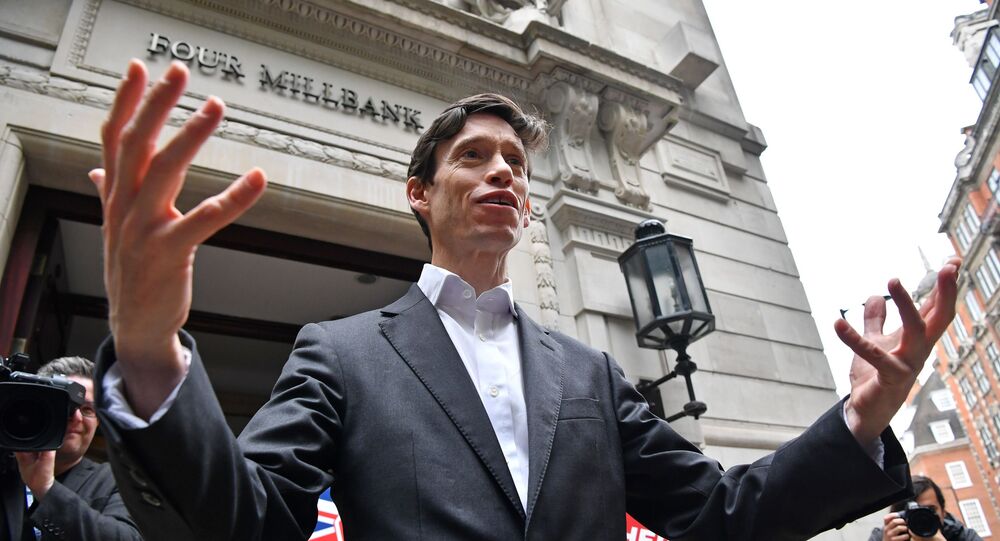 Other contenders who fell out of the race to succeed Theresa May in previous rounds, such as Andrea Leadsom and Dominic Raab, put their foot behind a remaining candidate. The third round of votes for the Tory leadership saw Jeremy Hunt gain 54 votes, with Michael Gove trailing on 51.

Rory Stewart has said today at a rally of supporters in Southbank that he will not be endorsing any of the candidates still left in the race.

The candidate was knocked out of the race yesterday after failing to gather the requisite number of votes.

He faced pressure from his rivals during the leadership debates, and today refused to publicly support any of the remaining contenders. However, he did say he would take part in the membership vote for the leader.

Addressing the crowd of supporters at a ‘thank you’ rally, he tweeted: 'I will not be declaring for anyone today - but I will be voting.'

​The international development secretary entered the race as a relatively unknown candidate but quickly made a name for himself as a ‘moderate’ and anti-no deal contender.

Mr Stewart was mocked online for his strange gestures and antics during the debate. At one stage he was seen awkwardly removing his tie.

​In a humorous reference to the incident, he launched a video following the defeat of his leadership bid thanking his supporters for an “incredible campaign” while removing his tie throughout. He ended the video with the prologue: “Rory walks on.”

In a later event he encouraged others to “come and join” him.

“I would love to say thank you. I would love to keep the conversation going. I have been so buoyed up and energised. I am not disappointed by this result because I think we are uncovering something extraordinary in this country and in British politics,” he said.

Mr Stewart made speaking to voters around the country, under the title #RoryWalks, a centrepiece of his campaign.

A curious compliment from someone who is never going to vote for me... #RoryWalks pic.twitter.com/FOHUKwXjPR

​​His opposition to a no-deal Brexit made him the likely candidate for “soft Brexit” Conservatives. Following his defeat, there are now no contenders left advocating for Theresa May’s EU withdrawal agreement.

Now that Sajid Javid has also fallen from the race, it will be up to the Jeremy Hunt and Michael Gove, the remaining challengers to frontrunner Boris Johnson, to appeal to those votes.

The penultimate round and final MP-exclusive vote will be help today at 6pm to decide the last two contenders of the Tory leadership race, one of which will become prime minister of the UK.