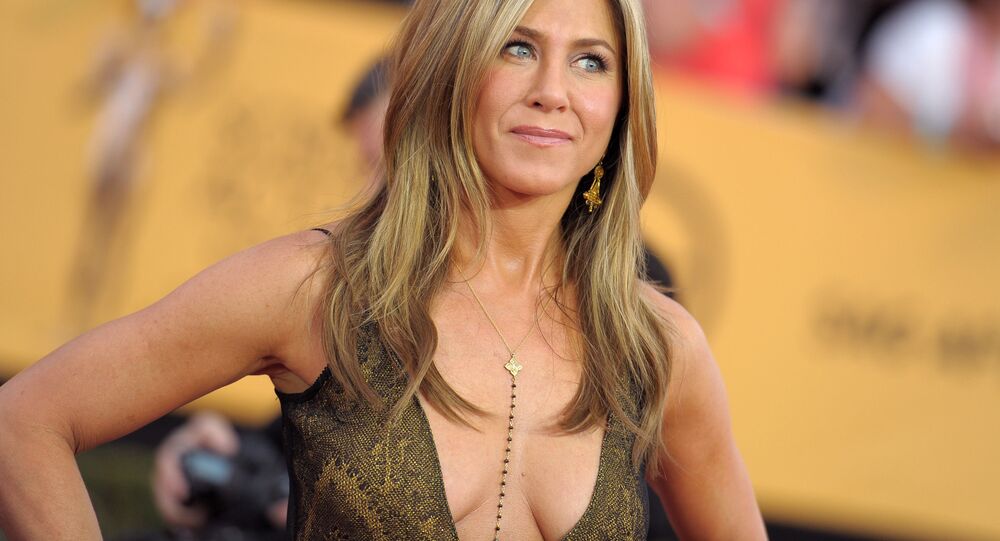 According to US writer Ian Halperin, Prince Harry, the Duke of Sussex, used to be “infatuated for years” with actress Jennifer Aniston, and even called her “princess material” after the stunning blonde hit the 2009 cover of GQ mag, writes the Mirror.

If what a revealing new book and documentary on 50-year-old blonde bombshell Jennifer Anniston claims is true, the then 24-year-old royal proceeded to get hold of the actress' phone number and texted her emojis, the Mirror reported.

A young Prince Harry was reportedly drop-jaw 'obsessed' with Jennifer Aniston after seeing her naked body splashed on the front of GQ magazine.

The then 24-year-old royal began texting the Friends actress and even described her as 'princess material', according to a new book. pic.twitter.com/H53NwEe2Ty

“Harry was infatuated with Jen for years. He told friends she was “princess material”, and visited LA and was partying heavily with models there,” US writer Ian Halperin claims.

“He told a close friend his favourite actress was Jen and got her number. He texted her and sent emojis. One source told me Jen was aware of Harry’s crush but didn’t want to lead him on because of the age difference.”

In 2009, when the prince reportedly first developed a crush on Aniston, she was not believed to have been romantically linked to anyone, after splitting with her first hubby, Hollywood star Brad Pitt, four years earlier.

Although the Golden Globe-winning Hollywood star’s spokesperson has denied the reports, insisting “the claims are false,” Halperin added: “I stand by everything in the film and book.”

As she reminisced about the Duchess, she said: “We got on like a house on fire.”She was so funny, loved London and she wanted to find a boyfriend.

“... I did actually say, “do you like footballers?” Because they were on my phone, I said do you want to have a look through. I thought Ashley Cole because he’d just split up with Cheryl and they look kind of similar, I said he might like you.”

Meghan reportedly dismissed the idea after her friends warned her off Cole over the footballer's “reputation”.

Ian Halperin is a NY Times bestselling author and winner of the Rolling Stone Magazine Award for Investigative Journalism. He has penned seven books, including "Love and Death: The Murder Of Kurt Cobain" and "Fire and Rain: The James Taylor Story", and a biography of Céline Dion.