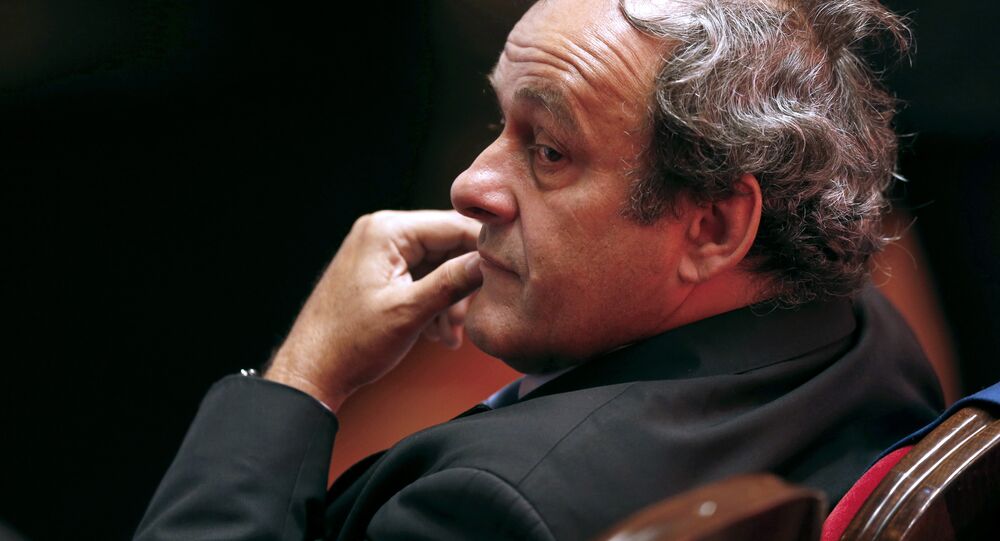 A former president of the Union of European Football Associations (UEFA), Michel Platini, was detained earlier in a Paris suburb as part of a corruption probe into awarding of the right to host the 2022 FIFA World Cup to Qatar.

Platini was freed from French custody on Wednesday after several hours of questioning, AFP reported.

"He is no longer in custody [...] a lot of fuss over nothing", William Bourdon, a lawyer for Platini said, cited by AFP.

Platini's lawyer noted that the former UEFA president had not been arrested, but was questioned as a witness on a number of issues, including the awarding of Euro 2016 to France.

As head of European soccer's governing body UEFA, Platini was the continent's top representative on the FIFA committee that in 2010 picked Qatar to host the 2020 games.

Platini served as the UEFA president from 2007 until 2015, stepping down amid a major corruption scandal within FIFA, of which UEFA is a member.

In particular, Platini was suspected by Swiss prosecutors of receiving an illicit €1.8 million payment in 2011 from then-FIFA boss Sepp Blatter. Both men were suspended from the sport for eight years, beginning in 2015.

In March 2016, FIFA cut Platini's ban from eight to six years. Two months later, after the Court of Arbitration for Sport (CAS) lowered Platini's suspension to four years, the decrease entered into force and he immediately resigned as UEFA president.

Platini was later cleared of bribery charges in this particular case related to the graft scandal around FIFA, the world football’s governing body.

Qatar is the first Muslim and Arab country to host the world's most popular sporting event. The final part of the FIFA World Cup is scheduled to take place in Qatar from 21 November to 18 December, 2022.