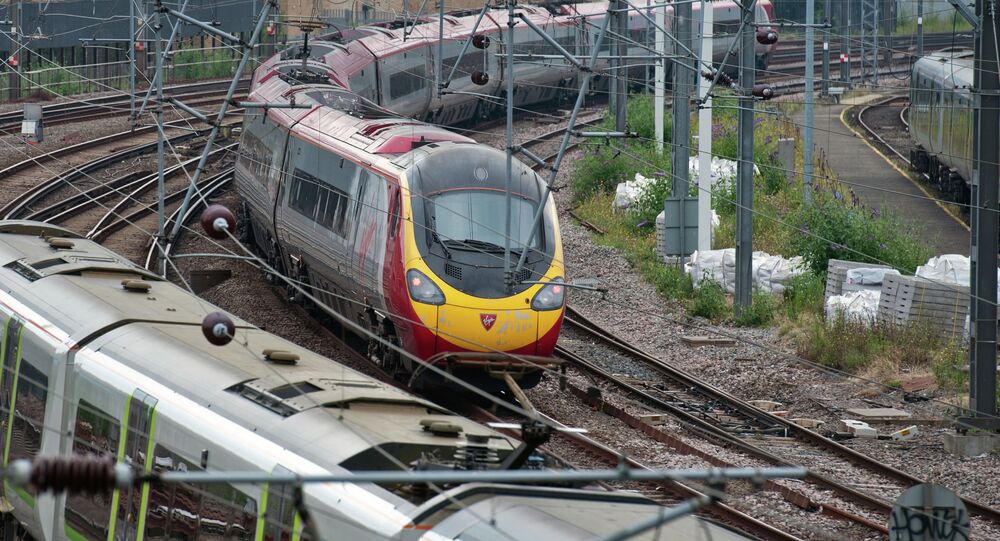 LONDON (Sputnik) - UK commuters on Tuesday took to social media to express their frustration over disrupted train services after the South Western Railway (SWR) staff went on a five-day strike to dispute their management's stance on the role of train guards.

On Monday, the Rail, Maritime and Transport union announced it was organising a strike because the SWR management has "made it clear in talks with the union that the protection of their profit margins is a determining factor in their future operational model - putting profits before passenger safety."

"RMTunion members rock solid in strike action again this morning in continuing fight for safety on South Western Railway," the union posted on Twitter earlier in the day.

In particular, the company has refused to hire a guard for each train, as was agreed back in February, and instead expected the conductors to perform safety functions.

As the union members went on strike, train schedules were significantly disrupted in London, Berkshire, Surrey, Hampshire, Dorset, Devon, the Isle of Wight and Somerset, while thousands of UK passengers got stranded on platforms and had to seek alternative commutes.

Netizens could not but share their anger about having their plans wrecked.