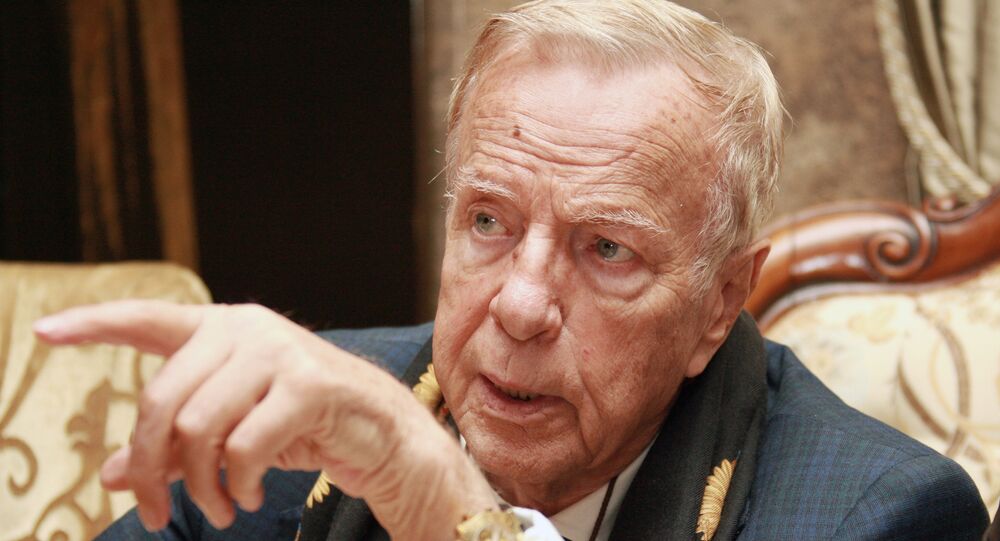 Legendary Italian Filmmaker Franco Zeffirelli Dies at the Age of 96

The Associated Press reported Saturday, citing son of Franco Zeffirelli that the famous Italian director died at the age of 96.

"He had suffered for a while, but he left in a peaceful way”, Zeffirelli's son Luciano said, adding that his father died at home at noon on Saturday.

Mayor of Florence Dario Nardella was among the first to express condolences over the death of the famous director.

"I've never wanted this day to occur. Franco Zeffirelli died this morning. One of the greatest people in world culture", Dario Nardella said.

Gian Franco Corsi Zeffirelli, best known as Franco Zeffirelli, was an Italian director and producer of operas, films and television. He also had a political career, representing the Italian centre-right party Forza Italia in the country's Senate from 1994 to 2001.

Zeffirelli began his career in the late 1940s as an assistant to Italian director Luchino Visconti. In the 1950s he began to stage his own theatre programmes.

However, Zeffirelli received international fame and acknowledgement as a film director. Among his works are such movies as The Taming of the Shrew (1967), Romeo and Juliet (1968), Brother Sun, Sister Moon (1972), etc.