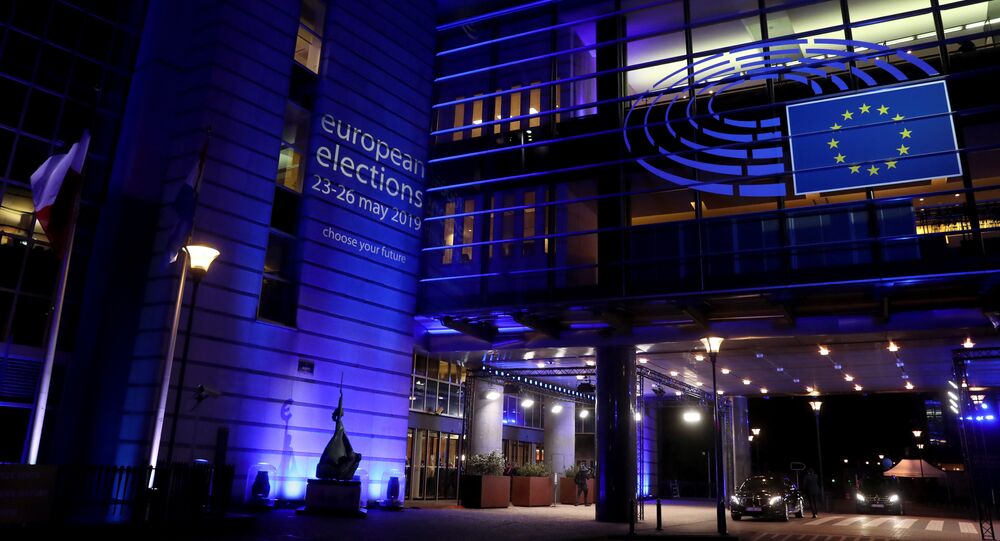 Following the US’ example in 2016, several European countries groundlessly accused Moscow of alleged attempts to influence the outcomes of local elections, and even the Brexit referendum. At the same time, they have failed to present any solid evidence in support of the claims, which have been strongly denied by Russia.

The European Commission has submitted a report alleging that Russian entities took part in a "disinformation campaign" ahead of the EU parliamentary election. The paper indicated that these purported efforts by state and non-state actors pose a "hybrid threat" to the bloc.

"The evidence collected revealed a continued and sustained disinformation activity by Russian sources aiming to suppress turnout and influence voter preferences. These covered a broad range of topics, ranging from challenging the Union’s democratic legitimacy to exploiting divisive public debates on issues such as of migration and sovereignty", the report reads.

At the same time, the authors of the document acknowledged that there was not enough evidence to speak about a "distinct cross-border disinformation campaign from external sources" that specifically targeted the EU elections.

Furthermore, the report stated that domestic political actors had also engaged in a "disinformation campaign" and claimed that they had adopted the tactics and narratives allegedly used by "Russian sources" to "attack" the European Union. Specifically, it accused "malicious actors" of using the Notre Dame cathedral fire and rumours concerning the dissolution of the Austrian government as a tool to "suppress the vote".

The authors of the paper refer to information from Facebook on the removal of certain pages and accounts, a report by the Institute for Strategic Dialogue, and data from the "EU vs Disinfo" website as evidence of the existence of a "disinformation campaign" against the EU.

© REUTERS / Francois Lenoir
Exit poll results are displayed on a screen at the Plenary Hall during the election night for European elections at the European Parliament in Brussels, Belgium, May 26, 2019

The EU parliamentary elections took place between 23 and 26 May with a total turnout of nearly 51%, a notable rise compared to the 42.54% in the 2014 elections, and the highest since the 1994 vote. The centre-right European People's Party and centre-left Progressive Alliance of Socialists and Democrats secured a majority of seats in the new parliament despite receiving a smaller share of the vote in comparison to the 2014 elections.

Several European states, namely Spain, Germany, and the UK have accused Russia of meddling in their domestic elections, thereby following the US’ suit. However, none of these countries have managed provide any credible evidence in support of these allegations.

Moscow has repeatedly rejected the claims levelled by Western governments, indicating that they are using the "Russian meddling" narrative to shift the focus from domestic problems.