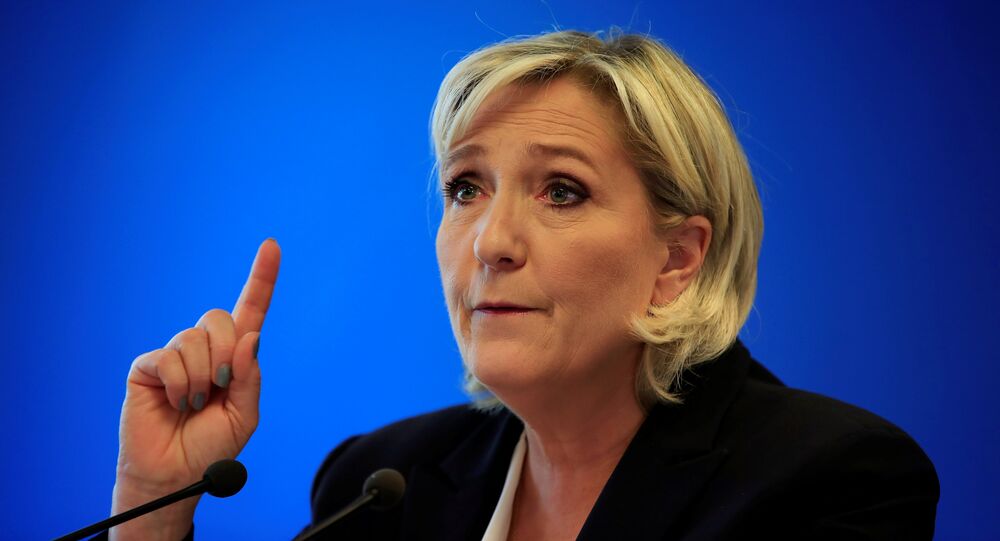 In 2015, the French politician tweeted images showing the decapitated body of American reporter James Foley, who was executed by Daesh in August 2014, Jordanian air force pilot Muath Al-Kasasbeh being burned alive in a cage in January 2015 and another victim being run over by a tank. She tweeted the images after French media compared her party to Daesh.

"This is Daesh," Le Pen captioned the photos published after the 2015 Paris attacks, in which Daesh suicide bombers targeted a concert hall, a major stadium, restaurants and bars in the European city, leaving 130 people dead and hundreds of others wounded.

The images caused an outcry on social media and prompted condemnation from Foley's family, leading French authorities to launch an investigation in 2015.

Le Pen's legal immunity was subsequently stripped by the European Parliament in 2017, meaning she could face prosecution for her actions. In February 2018, she was charged with sharing "violent messages that incite terrorism or pornography or seriously harm human dignity" that were easily accessible by minors.

If convicted, Le Pen could be slapped with a $91,000 fine and spend up to three years behind bars.

"This only shows French citizens what the EU is, what the European Parliament is and that it's all part of the system that wants to stop the French people's candidate that I am," Le Pen said back in 2017 after being stripped of legal immunity, according to multiple reports.

"I am being charged for having condemned the horrors of Daesh," she added last year after being ordered by a district court in Nanterre, France, to undergo psychiatric testing. "In other countries this would have earned me a medal."

The date of her trial has not yet been revealed.