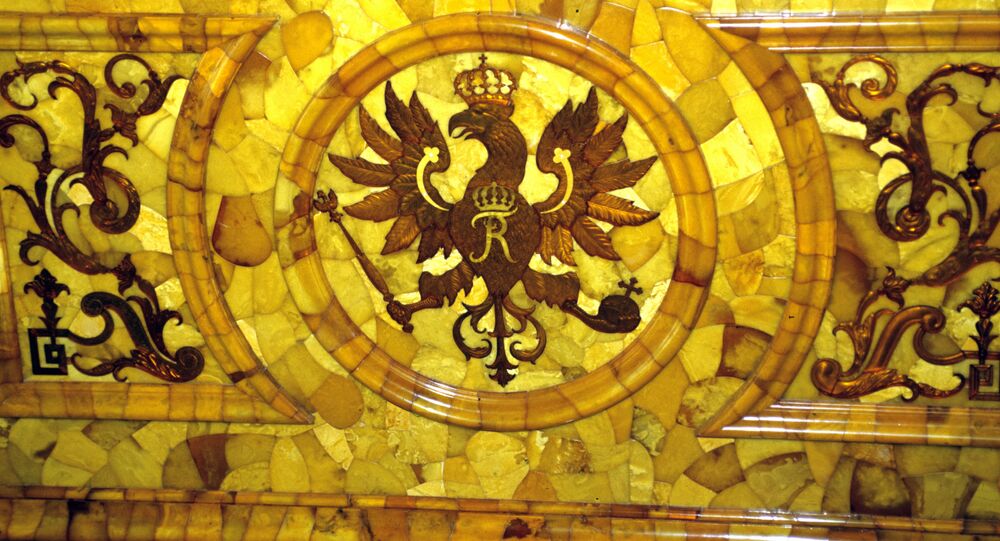 The hatch leading to the bunker which may house the legendary treasure trove appears to be blocked by a tree which grew on top of it, which “proves that no one has opened the manhole for the last several decades”, one of the treasure hunters noted.

Dedicated treasure hunters who chase rumours may have discovered the location of the fabled Amber Room, a trove of amber and jewels that used to adorn the palace of the Russian royals near St. Petersburg, which was plundered by Hitler’s troops during World War II, the Daily Express reports.

According to the newspaper, Bartlomiej Plebanczyk from the Mamerki Bunker museum has revealed that he and his team “made a breakthrough” in the search, zeroing in on a secret bunker located near the town of Wegorzewo in north-eastern Poland.

"Thanks to the use of a professional geo-radar, we were able to determine the location of an underground tunnel. After digging up the place indicated by the device, we actually found a hatch, which has almost certainly not been opened since the war”, he said. “Several dozen years have passed since the entrance was buried. At that time, on the original 1.5m x 1.5m plate, which closes the entrance, a tree has grown."

© Sputnik / V. Baranovskiy
German Treasure Hunters Reportedly Claim to Know Whereabouts of Russia's Missing Amber Room
As Plebanczyk noted, there’s no “physical possibility” to open the hatch until the tree is cut down, and the very presence of the trunk “proves that no one has opened the manhole for the last several decades”.

The chamber was constructed in the 18th century and was lost during World War II after being looted by Nazi German forces – the Amber Room that is currently available on display is in fact a reconstruction which was only completed in 2003.