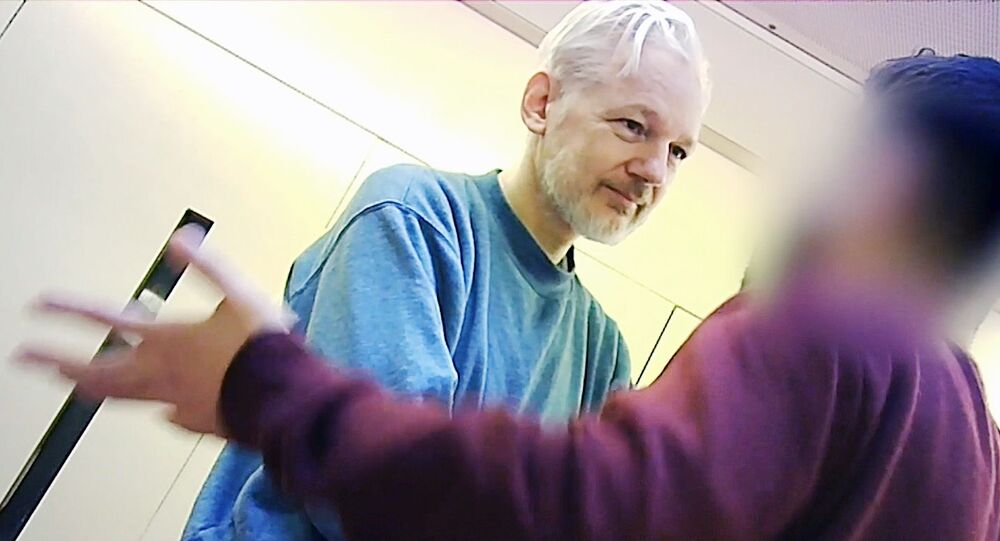 The WikiLeaks founder was recently moved to a hospital wing of the prison he’s being kept in, due to losing a considerable amount of weight during his incarceration, with a source inside the correctional facility also describing his state of mind as “not great”.

Kristinn Hrafnsson, WikiLeaks' editor-in-chief, has announced during an 11 June press briefing that the organisation’s founder Julian Assange was examined by both a physician and a psychiatrist upon his arrival to Belmarsh Prison.

© Sputnik
Vault 7 Charges Not Pursued for Assange, but He Still Faces Life for Espionage
As Hrafnsson explained, Assange’s seven-year stay at the Ecuadorean embassy in London without access to proper medical aid has obviously taken its toll on the latter’s health, thus necessitating said examination.

Earlier, Julian Assange was transferred to Belmarsh prison’s hospital wing after losing "dangerous amounts of weight behind bars", according to The Sun.

"Assange is unwell generally but has recently been struggling to eat which has made it worse. He looked near to collapse, gaunt and frail so they have got him in as a precaution", a source in the prison told the newspaper. "Some of his health problems seem to stem from being cooped up in the embassy for so long. And his state of mind is not great, either".

Hrafnsson also described Assange as a resilient man, and expressed hope that the WikiLeaks founder will recover soon and will be able to defend himself in court.

The editor-in-chief added that people should support Assange’s fight against his extradition to the US not for the sake of Assange himself, but for the freedom of the press in general.

Last week, the US Justice Department delivered a formal request to UK authorities for WikiLeaks founder Julian Assange's extradition to the United States where he is wanted for the 2010 leaks of classified government data and has already been indicted on 18 charges bearing an up to 175-year prison term.

On 14 June, a London court is expected to hold the first hearing on Assange's potential extradition to the United States.

Assange is currently serving 50 weeks in a London jail for violating his bail conditions in 2012, when he took refuge inside the Ecuadorian embassy in London to avoid extradition to Sweden on sexual assault charges.