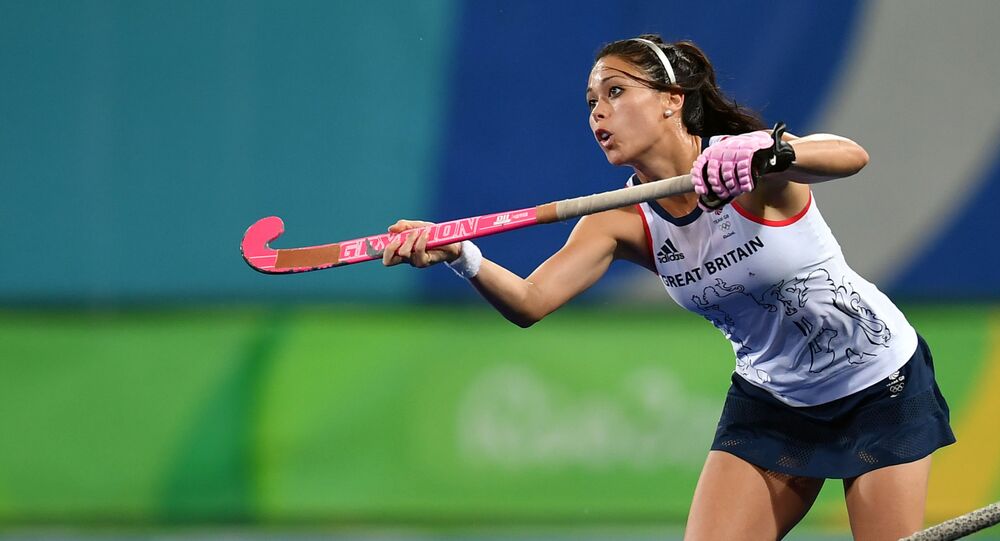 As the eighth Women's World Football Cup tournament kicked off 7 June, set to be the biggest in history, the BBC was lambasted for sexism after an all-female team hosted England vs Scotland.

UK Olympic hockey gold medalist and I’m A Celeb star Sam Quek was quick to defend calling an all-woman World Cup presenting panel “beautiful”, as she fended off trolls accusing her of making a “sexist” remark.

After England’s victorious opening game against Scotland, Sam had tweeted: "Has there ever been a more beautiful and competent presenting and punditry team? Girl power."

​In reply to trolls who insisted she was 'demeaning' the women’s game, the 30-year old celebrity said: “My tweet was about them being beautiful and competent.”

“I still fail to understand why I shouldn’t have said they were beautiful when the two are mutually exclusive?”

“I can’t think of a single negative effect it would have on the four ladies to say whilst they aren’t only competent they also look beautiful.”

​Many didn’t hesitate to voice support for Sam Quek.

​As the eighth Women's World Football Cup tournament, which kicked off on 7 June, the BBC was derided for sexism after an all-female reporting team hosted England vs Scotland.

Ex-England striker Jamie Vardy’s wife Rebekah accused the BBC of sexism for not having enough men judging the game.

​Twitter users were quick to respond, sharing their take on the issue.

​FIFA set out a new Women's Football Strategy in 2018, which includes commitment to “work diligently to ensure women have increased access to football in regions all over the world”.

There are numerous charities working towards increasing participation for women at the grassroots level and beyond.

In the build up to the Women's World Cup, the Youth Sport Trust worked with schools to give lessons about women's football and encourage tournaments.

This year, Soccer Aid, an event promoted by Unicef, included female footballers for the first time.