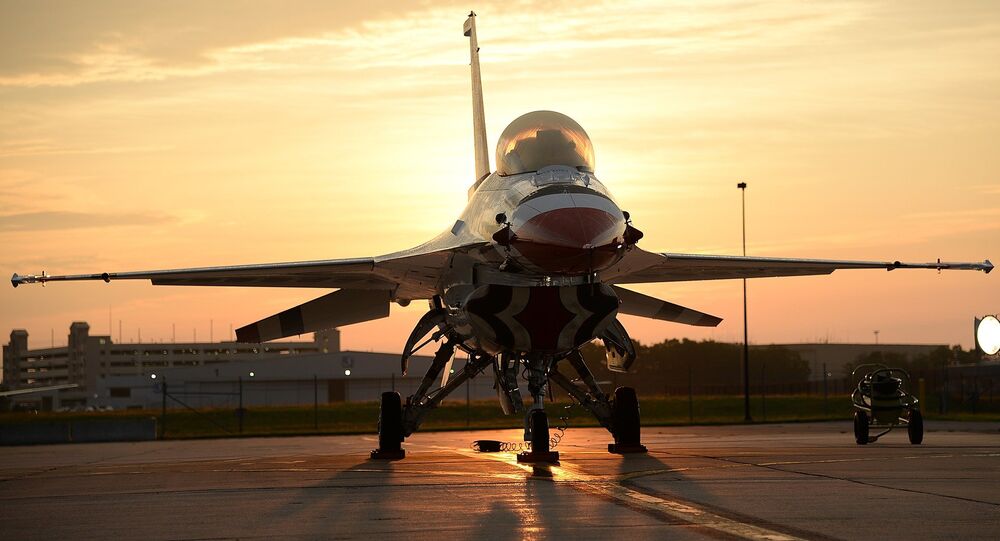 Bulgaria’s Finance Minister Vladislav Goranov said that Bulgaria in the acquisition of F-16s most likely will not be able to agree on payment by instalments as reported by NOVA Channel.

To the following question about whether Bulgaria will be able to pay the entire amount at once, the minister answered in the affirmative.

“[Bulgaria] can afford to pay immediately. The amount is quite serious, but, fortunately, it is possible”, Goranov said.

The head of the ministry said that the acquisition of aircraft is a priority for Bulgaria.

“Two billion leva are quite a large amount, but since this is a priority for us and we are members of NATO, this effort probably should be made”, the minister added.

© REUTERS / Ints Kalnins
Bulgarian Politician Calls American F-16 'Most Expensive Vacuum Cleaner'
It should be noted that Bulgarian Defence Minister Krasimir Karakachanov at the same time insisted on payment in instalments, since a one-time payment would not allow starting the implementation of other projects on the modernisation of the armed forces. Members of the commission for defence also expressed concern that the high price of jet fighters could jeopardise the financing of weapons for the land forces and navy.

READ MORE: 'We Are Not Going to Attack Russia With F-16s' – Bulgarian Defence Minister

The amount of two billion leva (just over 1.1 billion US dollars) is the maximum that Bulgaria is ready to pay for American fighters. In early June, the US Congress also designated its ceiling price: it amounted to almost 1.7 billion US dollars. According to the US Ambassador to Bulgaria Eric Rubin, the real cost will be lower, as negotiations on this issue are still ongoing. The head of the Bulgarian Defence Ministry at the same time admitted that the parties may not come to an agreement on the price of the aircraft, and has estimated this probability at 25%.

Earlier, Karakachanov also said that Bulgaria intended to purchase new fighters for the modernisation of the army, and not with the aim of attacking Russia. The minister called such speculations “nonsense”.