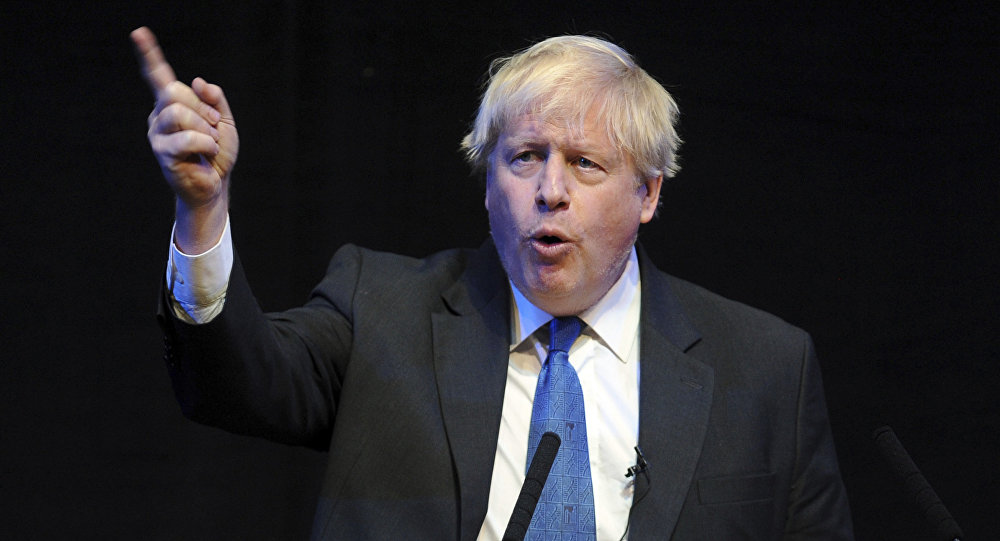 The news comes after outgoing UK prime minister Theresa May officially resigned on 7 June, sparking a leadership contest for No 10, with several candidates launching their political platforms.

The MP for Uxbridge and former foreign secretary told the London Telegraph that he would raise the payment threshold for workers paying 40 percent from £50,000 to £80,000.

© AFP 2019 / Adrian Dennis
Boris Johnson Vows to Withhold Brexit Divorce Bill Unless EU Agrees Better Exit Terms
But the move would cost UK taxpayers roughly £9.6bn a year in lost revenues, with Johnson stating he has planned a contingency fund in the Treasury to pay for the aftermath of a no-deal Brexit.

Mr Johnson said that the UK "should be cutting corporation tax and other business taxes” and that "thresholds of income tax" to "help the huge numbers that have been captured in the higher rate by fiscal drag”.

“We can go for much greater economic growth – and still be the cleanest, greenest society on earth,” Johson said.
He added that his pledge would help raise funds for the £26.6bn allocated for a hard Brexit by Chancellor of the Exchequers Philip Hammond.

Mr Johnson had been rehired by the Daily Telegraph to write columns at a salary of £275,000 a year, for just ten hours of writing a month for his weekly column, according to the Guardian.

Academic on Conservative Party Leadership Race: My Bet Would Be on Boris Johnson