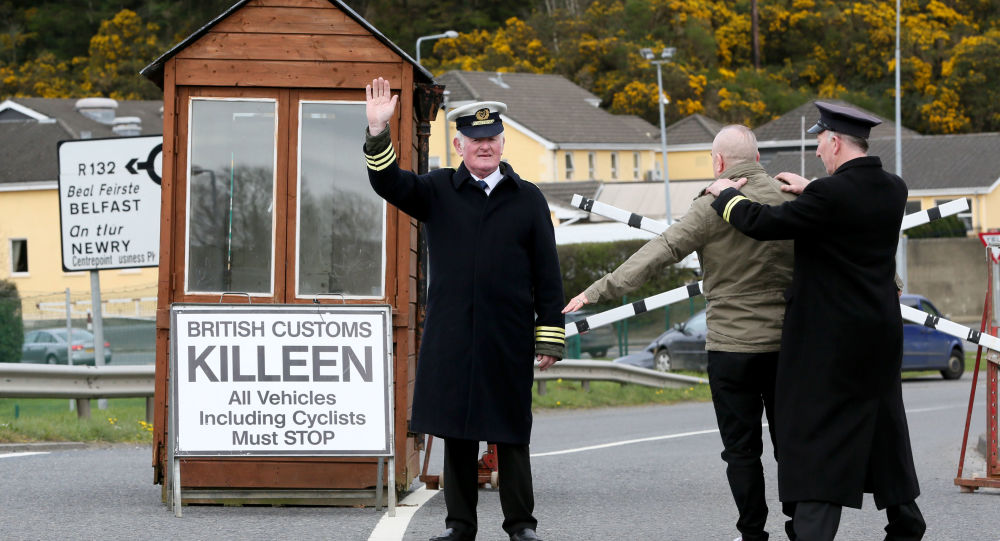 British Interior Minister and PM hopeful Sajid Javid said that UK should offer to pay for the whole cost of the new border system on the island of Ireland.

"I would offer to pay the entire cost of this new border system, not just obviously for ourselves, but for the Irish," he said.

© AFP 2019 / Saul Loeb
'Mother Of All Disasters': Ex-Minister Brands Cameron as Worst PM For Brexit
The Irish border has been a major stumbling block in the way of the divorce deal between the UK and the EU. Even though outgoing Prime Minister Theresa May managed to negotiate a withdrawal deal with Brussels earlier this year after months of tense negotiations, the agreement was ultimately rejected by the UK Parliament, including many members of her own party and their coalition partners, the Democratic Unionist Party of Northern Ireland.

Scottish Affairs Committee Should be Scrapped Amid Brexit Tensions With London, MPs Say