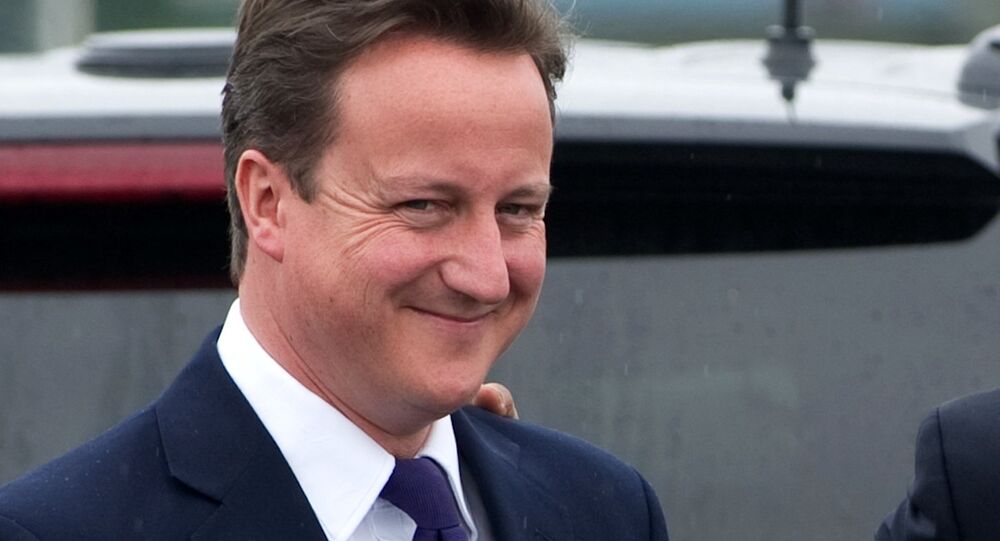 Former leader of the Conservative Party David Cameron stepped down shortly after the UK voted to leave the EU in the Brexit Referendum, triggering the chaos around the terms of this divorce. Although it was Theresa May who failed to deliver Brexit, Tory politician David Mellor has branded her predecessor "the mother of all disasters”.

Speaking to LBC, Queen's Counsel David Mellor, who served in Margaret Thatcher’s and John Major’s cabinets, has lashed out at the former head of the UK government, David Cameron, for “creating Brexit nonsense”. Mellor branded Cameron, who was the prime minister when the 2016 Brexit Referendum took place, “the worst Prime Minister in 100 years”.

The Conservative politician also expressed hope that Cameron’s conscience will wake up and he acknowledges his role in the Brexit chaos.

"I hope wherever he's enjoying a glass of champagne and chillaxing this weekend, he will realise, look in the mirror and think ‘all of this is my fault because it is’”, he said.

However, Cameron was not the only one at whom Mellor took aim. He also lambasted Theresa May, who resigned this week, for her weak leadership and decision to carry out the 2017 general election. According to Mellor, she lost a 12-point lead to the Labour Party as “people looked at her and thought, ‘I’m not sure we like this one’”.

“She let the civil servants do it without any political leadership whatsoever so she brought back a deal anyone in their right mind, whether you wanted to come out of the EU or stay in, couldn’t possibly sign up to”, he ranted.

His viewpoint differs from a survey held by the UK tabloid Daily Express. Its respondents branded Theresa May as "Britain's worst Prime Minister”, while David Cameron was rated only the fourth worst PM.

UK Prime Minister Theresa May resigned on Friday as the leader of the Conservative Party although she will remain prime minister until a successor can be found, which is expected to be completed by late July. May’s announcement came after struggling for months to get the Brexit agreement approved.

According to the results of the 2016 Brexit referendum, the United Kingdom was supposed to leave the European Union on 29 March 2019, but Theresa May opted to request a deadline extension until 31 October since she had repeatedly failed to gain support in Parliament and within her own party for the withdrawal deal she had negotiated with Brussels.

Cameron, who resigned as premier in June 2016 in the wake of the Brexit vote, has recently joined US artificial intelligence firm Afiniti's advisory board, which has been his most prominent appointment since stepping down. Cameron is also involved in a new UK-China investment fund that so far has failed to complete its first financial fundraising.