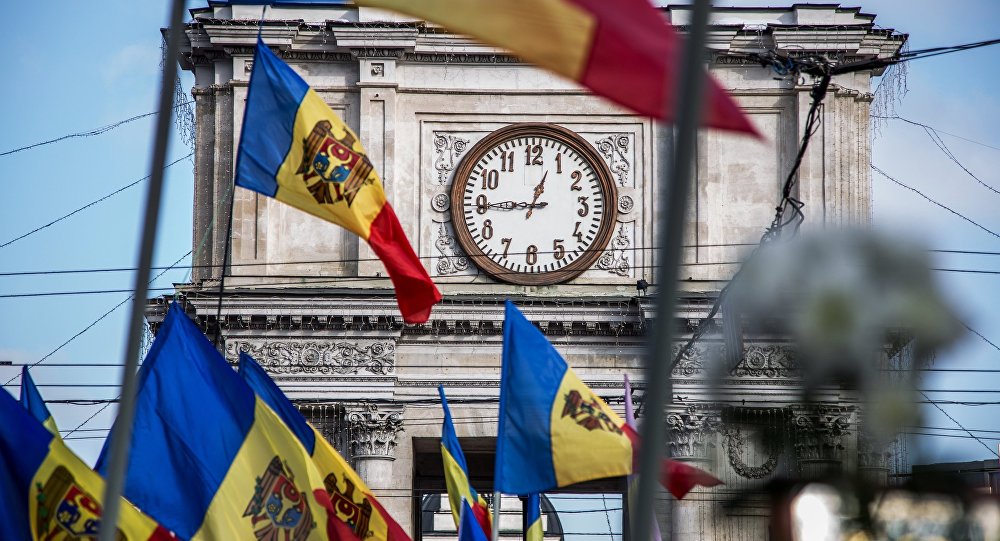 BRUSSELS (Sputnik) - The European Union on Saturday called for "calm and restraint" as well as a dialogue in the wake of the political situation in Moldova, where the Constitutional Court ruled on Saturday that the election of the parliament's speaker was unconstitutional, the European External Action Service said in a statement.

"Following the decisions taken by the Parliament and in light of the ensuing developments, the European Union calls for calm and restraint. Democratically elected representatives must find the way forward for the Republic of Moldova through dialogue", the statement said.

The statement pointed out that the European Union was committed to cooperate with Moldova on the issue of carrying out reforms in the country.

READ MORE: Moldova's Party of Socialists Wins Elections With Over 31% of Votes - Official

"The European Union reaffirms its commitment to cooperate with the Republic of Moldova on a robust reform process for the country, in particular as regards fighting corruption and vested interests, ensuring the independence of the judiciary, and de-politicising state institutions", the statement added.

© Sputnik / Miroslav Rotar
WATCH Truck Ram Dodon’s Motorcade in Moldova
On Saturday, the country's Party of Socialists and the pro-EU ACUM bloc gathered for a meeting in the national parliament to choose the legislature’s leadership and start forming a coalition government.

© AP Photo / John McConnico
Blast Occurs in Moldova's Capital, Casualties Reported (VIDEO, PHOTO)
The Constitutional Court's ruling comes after a court ruled that current parliament had until 7 June to form a new government, after indecisive parliamentary elections in February and failing to do so, should be dissolved.

Lawmakers insist that their mandates were recognized on 9 March, and therefore, they still have time until 9 June to form a coalition government before the three-month deadline expires.