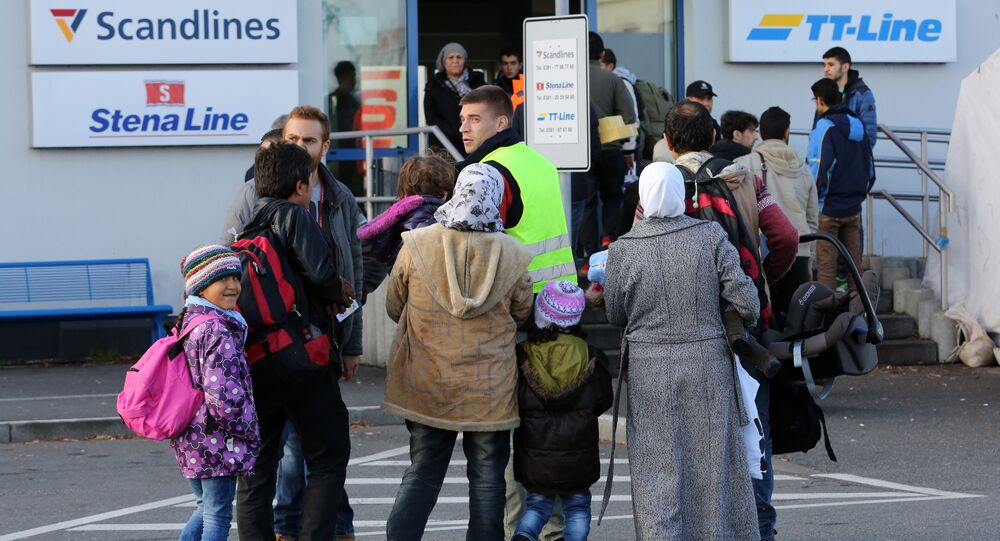 The so-called “Orderly Return Act” was introduced by German Interior Minister Horst Seehofer, known for his hardline stance on migration control. The bill has been slammed by opposition parties The Greens and left-wing Die Linke as well as the right-wing Alternative for Germany.

With 372 votes for, 159 against and 111 abstentions, the new regulations aiming to make deportations easier were approved by the German Bundestag. The “Orderly Return Act”, designed by the Interior Ministry, was one of eight drafts, included in a special migration package. Along with tightening the deportation regulations, it makes it easier for foreign workers to immigrate.

Interior Minister Horst Seehofer, representing the new legislation on deportation, said that no country in the world could take in refugees indefinitely and only regulated migration can make integration succeed.

"People without right of residence have to leave our country, and an order to leave must be followed by an actual departure”, he said.

The new law states that migrants sentenced to at least one year in prison for social security fraud or drug-related offences may be more easily expelled. Besides this, residency permit terms for deportees who lied about their identity or refused to provide identification documents will be restricted. They will not be allowed to choose their residence freely or get a work permit. Others, whose deportation was also delayed, will be allowed to work six months after they receive a restricted permit.

Police will be allowed to detain asylum seekers, when there is a certain risk, and deport them more easily than before. Additionally, the possibilities for taking rejected asylum seekers into special "exit custody" to prevent them from attempting to avoid deportation will be extended. To tackle the shortage of deportation detention centres, deportees could be temporarily held in regular prisons, according to the new legislation. The new law also allows police officers to search the homes of rejected asylum seekers.

READ MORE: Migrant Influx to Germany May Weigh Down Economy in Years to Come

The new package has also reorganised regulations regarding skilled migration, aiming to attract professionals to Germany. The introduced regulations lifted the restrictions for skilled migrants to take only shortage occupations. It will also no longer be necessary to make sure that there is a German or EU citizen for a job.

Apart from immigrants with an employment contract and recognised qualifications, any unemployed person with vocational training will also be allowed to come to Germany to find a job there. Foreigners wishing to immigrate will be able to confirm their skills in Germany instead of getting such a clearance in advance in their home country. In addition, the Bundestag has introduced a preference for well-integrated migrants, who will be protected from deportation if they are to be trained for a job in an industry experiencing a shortage of workers.

The opposition has vehemently criticised the package introduced by the government. The Greens and the left-wing party Die Linke demanded to remove it from the agenda before the vote, insisting that it had been whipped through the hearings in an urgent procedure without a thorough analysis. Some of their politicians slammed the migration package as incompatible with fundamental rights and the German Constitution. The Greens even branded parts of the so-called "Orderly Return Act” as “highly questionable constitutionally”.

For its part, the Free Democrats (FDP) has lambasted the government for not doing enough to promote skilled migration.

"We know from recent studies that we would need in Germany 260,000 professionals from abroad every year, yet the Union [Christian Democratic Union and Christian Social Union] and SPD promise in their bill only 25,000", labour market policy spokesman for the FDP, Johannes Vogel, said.

At the same time, the Alternative for Germany's Bernd Baumann has called the regulation a "catalog of hollow announcements". According to him, the law for the "supposedly orderly return" is a "double lie: it creates neither order nor return".

Business circles, meanwhile, have welcomed the changes. The head of the German Craft Central Association Holger Schwannecke, called the legislation an important building block "in order to at least alleviate the increasing shortage of skilled workers in Germany".