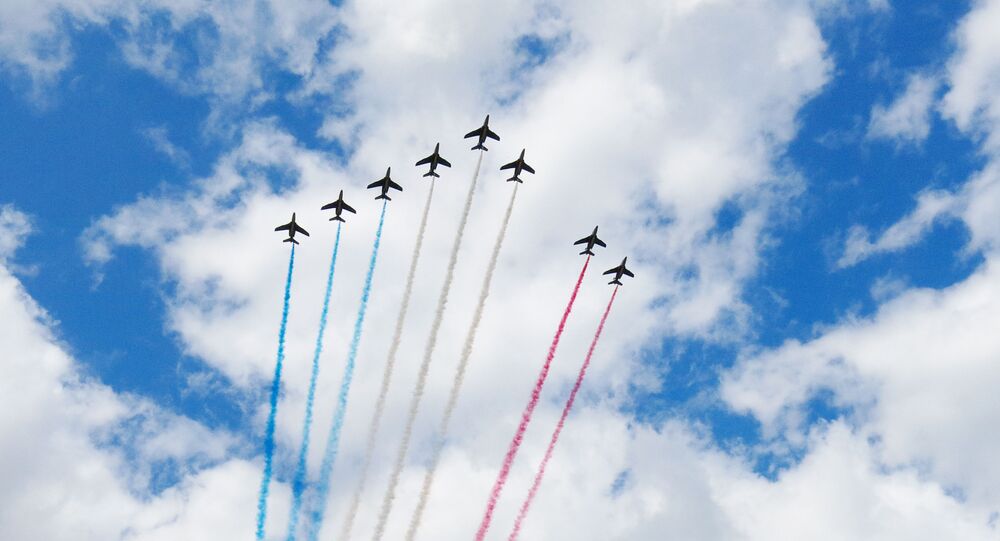 MOSCOW (Sputnik) - Marine Le Pen, the leader of France's right-wing National Rally party, said, commenting on Russia's exclusion from the D-Day ceremony in Normandy, that there would have been no victory in World War II without Russia and that politics and history should not be mixed together.

"It is necessary to distinguish between politics and history. And one cannot think that Russia did not make a significant contribution to history ... Our aim ... is to remind [everyone] that without Russia there would have probably been no victory", Le Pen told France's BFMTV broadcaster.

According to the French politician, in the years following the war, most French people viewed Russia as the main contributor to the WWII victory. However, she said that the fact a recent poll showed that the current generation believed it was the United States that ensured the Nazis' defeat proved that the perception of history was being manipulated.

© AP Photo / Etienne Laurent
Macron in Hot Water over Putin D-Day Anniversary Snub
A day earlier, Le Pen said she regretted that Russia had not been invited to the D-Day commemorative ceremony, which was held at the Normandy American Cemetery in northern France. Among the attendees were US President Donald Trump and over a dozen other world leaders. Russian President Vladimir Putin said on the same day that his lack of invitation was "not a problem at all".

On 6 June 1944, the Allied forces landed in Normandy to begin Operation Overlord, the largest seaborne invasion in history, which led to the establishment of the Western front liberation of Nazi-occupied Western Europe.

During D-Day Commemorations Never Forget What the Soviets Gave