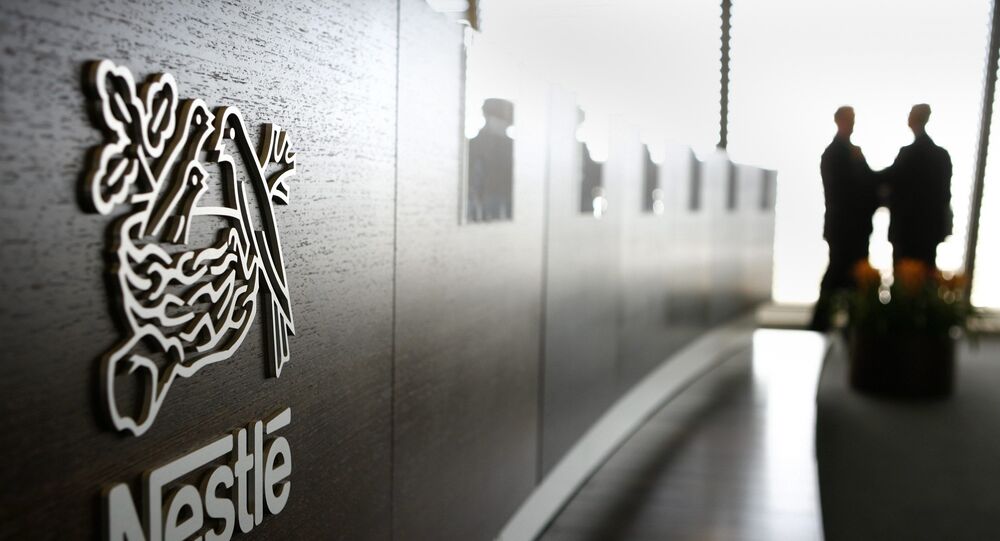 The Swiss food giant has been involved in a number of controversies in the past, including allegations of using forced labour in developing countries. So, when Julia Kloeckner from Angela Merkel’s Christian Democratic Union publicly endorsed Nestlé, many took it critically.

The video, featuring CDU’s Nutrition and Agriculture Minister Julia Kloeckner and top manager of Nestlé’s German branch Marc-Aurel Boersch, has prompted a backlash in Germany with politicians and netizens insisting that she let the food giant use her for a PR stunt. The clip was posted on the ministry’s Twitter on Monday. In it, Kloeckner praised the Swiss corporation for having reduced sugar, salt and fat in its food, which some slammed as sheer advertising.

"Eating and drinking are important, but the question is: Is it compatible with the environment and good for our health? That's why I was glad we could talk about Nestlé’s philosophy today”, the minister said in the video address.

German lawmaker Karl Lauterbach, representing the Social Democrats in the Bundestag, was among those who took aim at the politician, saying the whole situation was “embarrassing, bitter”.

“First, Kloeckner let Nestlé lobbyists talk her out of sugar tax and traffic light rating system for food, and then appears at PR event of Nestlé”, he tweeted, while Green Party leader Katrin Goering-Eckardt accused the minister of having made a "promo video" for Nestlé.

Even a popular German blogger, who earlier in May prompted heated discussions in Germany with an anti-CDU rant, weighed in and mocked the ministry.

“Fun Fact: if I had posted this tweet with the same video exactly, I would have to mark it as advertising”, he noted in the comments, while another netizen noted: “Mrs Kloeckner and the most despicable company in the world ... match!”

Kloeckner defended the video and described the critics as a "Hatespeakers”, which is a loan translation of a German word, referring to trolls. She insisted that the company’s setting goals to produce healthier food was a success. The ministry, which noted that it understands the criticism, still stood up for meeting the Nestlé boss, tweeting: "Politics means staying in the dialogue”.

The Swiss food giant has been involved in a number of scandals, including accusations of contributing to destroying rainforests to set up palm oil plantations, voiced by Greenpeace in 2010. In response, Nestlé pledged to switch to using palm oil only from sustainable production by 2020.

Additionally, the documentary Bottled Life later accused Nestlé of doing business using groundwater in regions suffering from drought, cleaning it and selling later in plastic bottles. The company was alleged to be responsible for a drought in Pakistan. The company, however, refuted the allegations insisting that the film showed a distorted image and manipulated the audience. According to the Swiss company, it had only two deep wells in the Lahore region while 680,000 wells are used for irrigation, industrial and municipal water supplies.

Apart from environmental rows, in 2015 Nestlé also had to tackle accusations of using seafood from Thailand produced by forced labour. In response, the firm pledged to prevent labour violations in its supply chain.