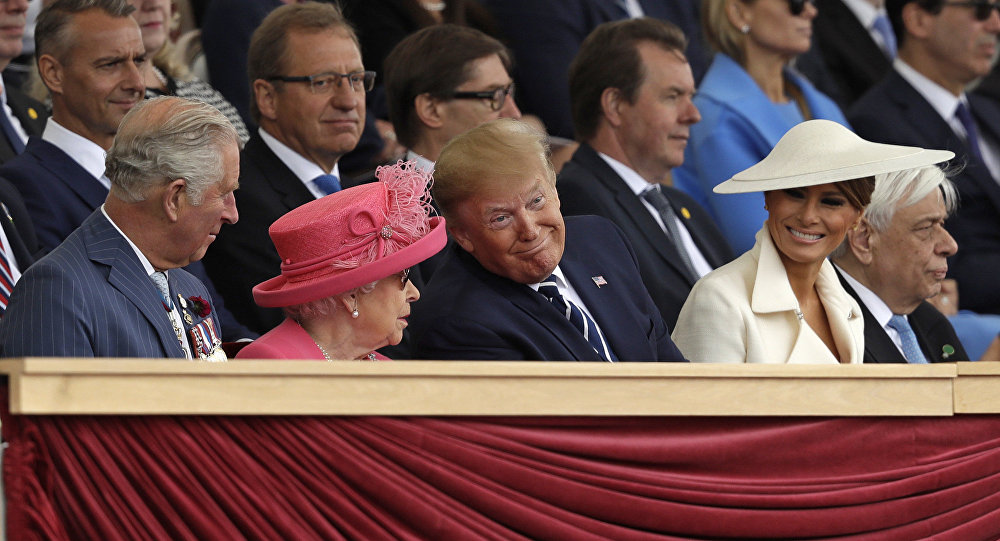 During his state visit to the UK, the US president and his wife, Melania Trump, joined Queen Elizabeth II in Portsmouth along with more than a dozen world leaders to commemorate D-Day and honour Allied soldiers who helped liberate Europe from Nazi and Fascist powers. Meeting one of them went slightly beyond a protocol exchange.

Ninety-three-year-old veteran Thomas Cuthbert chatted up Melania Trump during D-Day commemorations, pointing at her and saying if "only I was 20 years younger" when he was meeting the US first lady and President Donald Trump.

The head of state reacted light-heartedly, replying to the veteran: "You could handle it no question”. "It's my honour, believe me, thank you very much”, Trump noted, saying it was nice meeting him.

Following the event, the D-Day landing participant from Essex, who then served on a landing barge oiler, also gave his account of meeting the US president, saying that he “came across very well”.

“He surprised me, when you see someone on the TV but he seemed different, he seemed one of the boys. His wife was very pleasant as well”, Thomas Cuthbert added, as cited by the UK outlet Essex Live.

The 93-year-old along with other veterans took part in the commemoration ceremony, attended by Queen Elizabeth II, Prince Charles and 15 world leaders, including, German Chancellor Angela Merkel and Canada’s Prime Minister Justin Trudeau. They honoured 156,000 Allied soldiers who lost their lives during the offensive in Normandy to help liberate Europe from Nazi and Fascist powers 75 years ago.

The US and UK pledged not to repeat the "unimaginable horror" of World War II, as well as called for Western “unity” amid "new and evolving security threats". Donald Trump performed a reading at the event and also paid his respects to the D-Day landing participants on Twitter.

​The events come at the conclusion of the US president's three-day tour of the UK, where he has been in talks on post-Brexit trade deals with Britain, as well as Huawei, Iran, and other global issues.