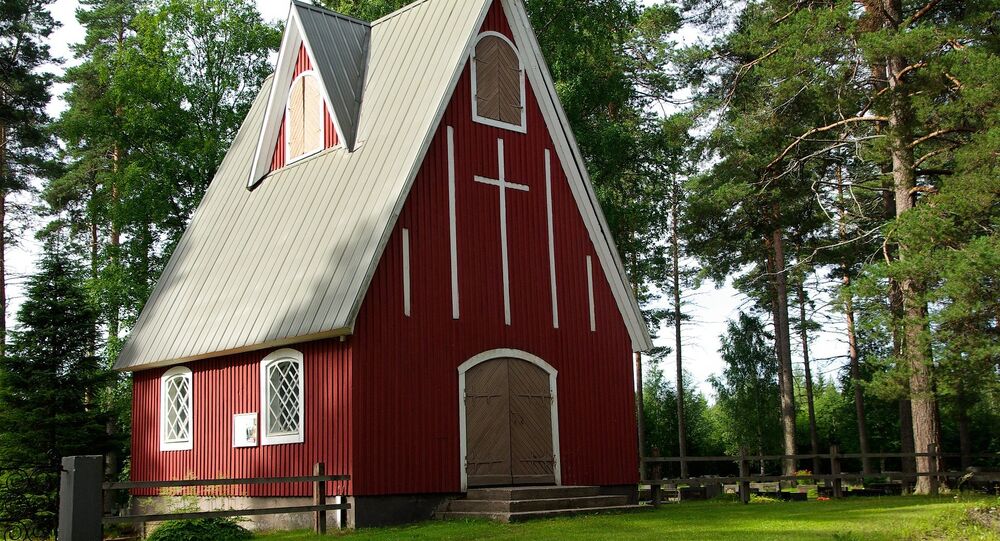 The drastic decline in baptism numbers has been attributed to people's “exhausted” relationship with the church, as well as Finland's demographic problems amid the country's fertility rates falling to a record low.

Never before have so few children been baptised as today, the Finnish newspaper Savon Sanomat reported.

According to church statistics, the proportion of children undergoing baptism has fallen sharply since the middle of the 20th century when it still was the default option. Before the turn of the century, almost 90 percent of Finnish kids were still being baptised. Over the past 20 years, though, their proportion has fallen by over 20 percent and continues to fall.

According to researchers, the decline in baptism is connected to people's exhausted relationship with the church.

“Membership in the church is only seen as a personal solution”, Veli-Matti Salminen from the church's research centre, explained.

The church researchers also attribute the slumping baptism numbers to Finland's protracted demographic depression, with Finnish fertility rates falling to an all-time low of 1.49 in 2018, reaching their nadir since a deadly mid-19th century famine.

“The fact that the number of the baptised declines is related to the decline of nativity is also an indication that more and more parents choose not to baptise their children. This is one of the greatest challenges for the church, together with the challenge of reaching young adults who perceive the church as remote”, Veli-Matti Salminen explained to the newspaper Hufvudstadsbladet.

The Evangelical Lutheran Church of Finland has a legal position as a national church in the country alongside the Finnish Orthodox Church. The Church of Finland's has the allegiance of a large majority of the population, a special role in state ceremonies, and the right to levy the “church tax” from its members. Unwillingness to pay the tax has been cited as one of the most persistent reasons for leaving the church.