Trump’s Touchdown in Ireland Will Be All Stars, Stripes, and Covfefe

Landing in Ireland, there’s a definite buzz in the air. No, it’s not just the roar of the Marine One helicopter transporting the US president himself; instead, it is a stir amongst the residents of County Clare who are awaiting his arrival.

Declan Reeney is from a small village named Creegh, just a stone's throw from the US presidents' Irish resort. Reeney works in the village shop, which is fully decked out in red, white and blue, twinkling with stars and stripes. It matches the stretch of road outside, which is so festively decorated one might think they had stumbled from the grassy greens of Shannon, Ireland straight into a Wyoming town. 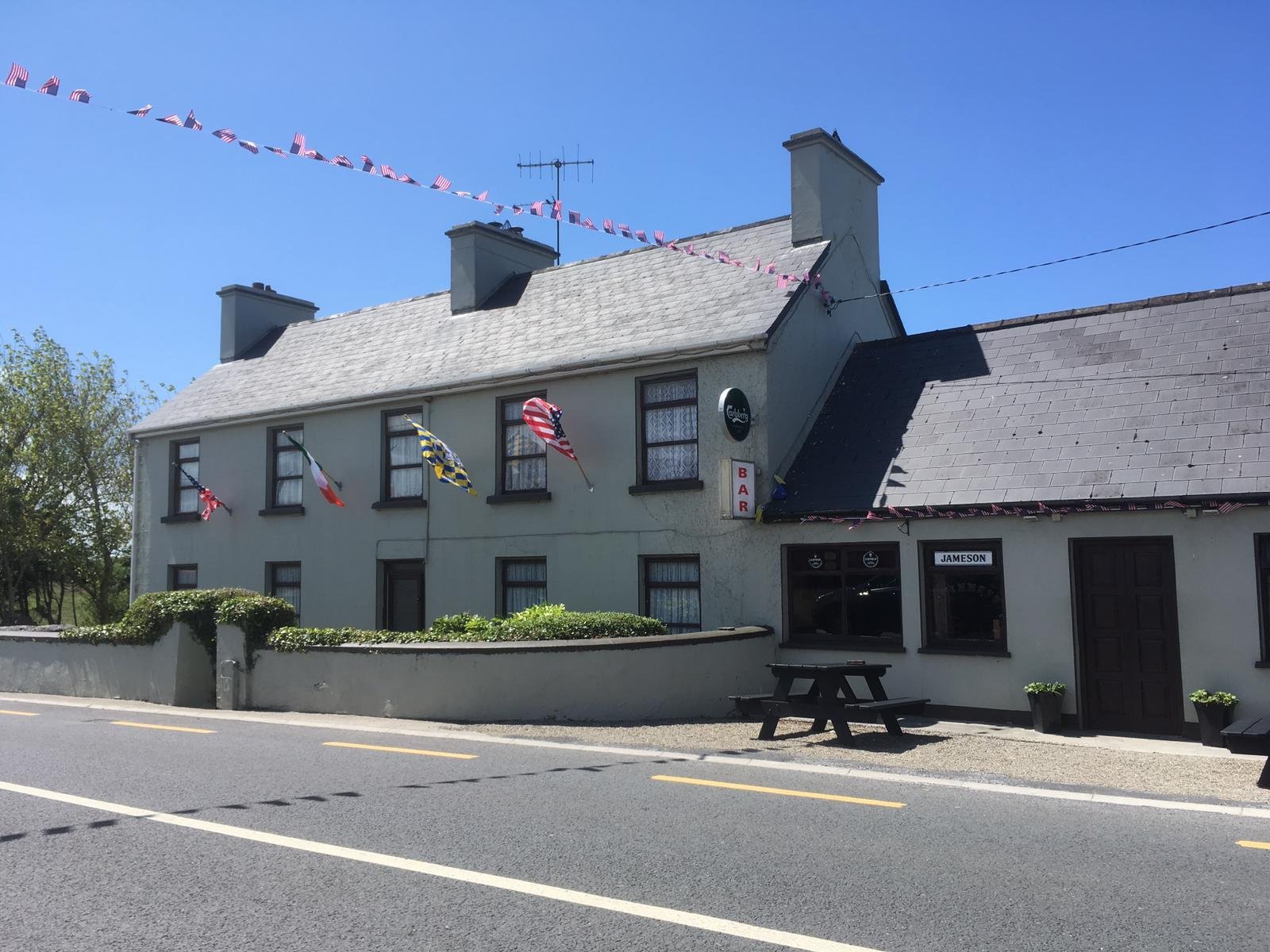 Reeney is more than excited for Donald Trump's arrival, saying that "it's a fantastic day for Creegh". He explained that the residents of this tiny town had been working their socks off to prepare, and he disagrees with those camped out at Shannon Airport in protest at the visit. 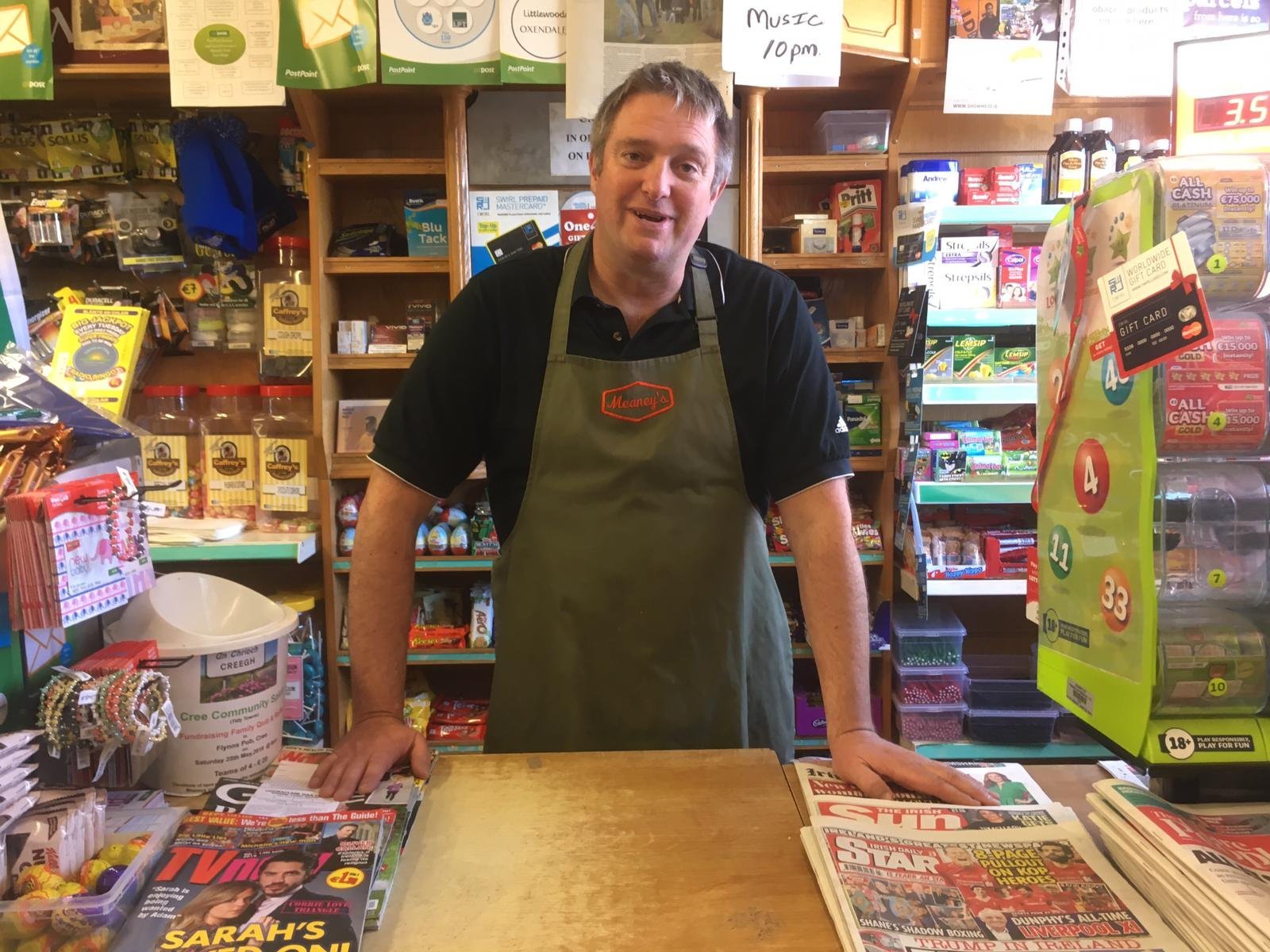 "I think every president has the right to come and visit. It is great for Ireland. He has definitely helped our economy, he's employed over 300 people. Honestly, if it weren't for Mr Trump's resort, which has the tourists rolling in, then I don't know what would happen to this town. His resort gets all sorts of visitors, it employs hundreds of residents, and we benefit from the knock-on effects of that".

© REUTERS / Victoria Jones/Pool
Trump Trumps Our Leaders!
Declan Reeney is busy making sandwiches for his customers, some of whom seem perplexed about the hustle and bustle of the normally peaceful village. One young boy, a resident of nearby Doonbeg, is purchasing a ham roll. He states that he "couldn't care less about the presidential visit", saying that "it's more hassle than it's worth".

"Hassle" is perhaps an understatement. To make Trump's visit as pleasant as possible, authorities have allegedly asked local farmers not to spread "muck" over their fields. Just for today. Drivers are also facing interruptions, as between Creegh and Doonbeg, which is a mere seven kilometres away, dozens of police road blocks have been set up. What would normally be a peaceful drive is now a stunted maze of diversions.

"What do you expect?" asked one of the Garda policemen, "The United States president is on his way".

There's a real mixed bag of emotions from the residents of Clare. Some, like Declan Reeney, are ever so pleased that this little corner of the world is getting such wide publicity, others are more sceptical.

Fergal works at Fanny O'Deas café, on the road linking Doonbeg to Shannon airport. He's decorated a double decker bus with American flags and a flimsy cardboard cut-out of the president himself. He is taking a humorous approach to the whole affair, saying that he hopes the president "would stop by for a beer on the way to the golf course". That way, he noted, "I can give him a piece of my mind regarding his pulling out of the Paris Agreement".

Like many of the more neutral residents, Fergal believes that communication is key, no matter whether you agree with the ethics in question. "There are many policies that Trump pushes that I disagree with, but he is the elected President of the US after all, so you've got to welcome him to Ireland. Don't you?"

© AP Photo / Frank Augstein
Trump Goes on Tour to Westminster Abbey as Part of His State Trip to UK (VIDEO)
Welcoming Trump is something that local bookies, Paddy Power, are doing with mischievously open arms. They've built their very own presidential petrol pump, which they've nicknamed "Donald's Plaza". It's unsure what the general consensus is here. Are they supporters or otherwise? 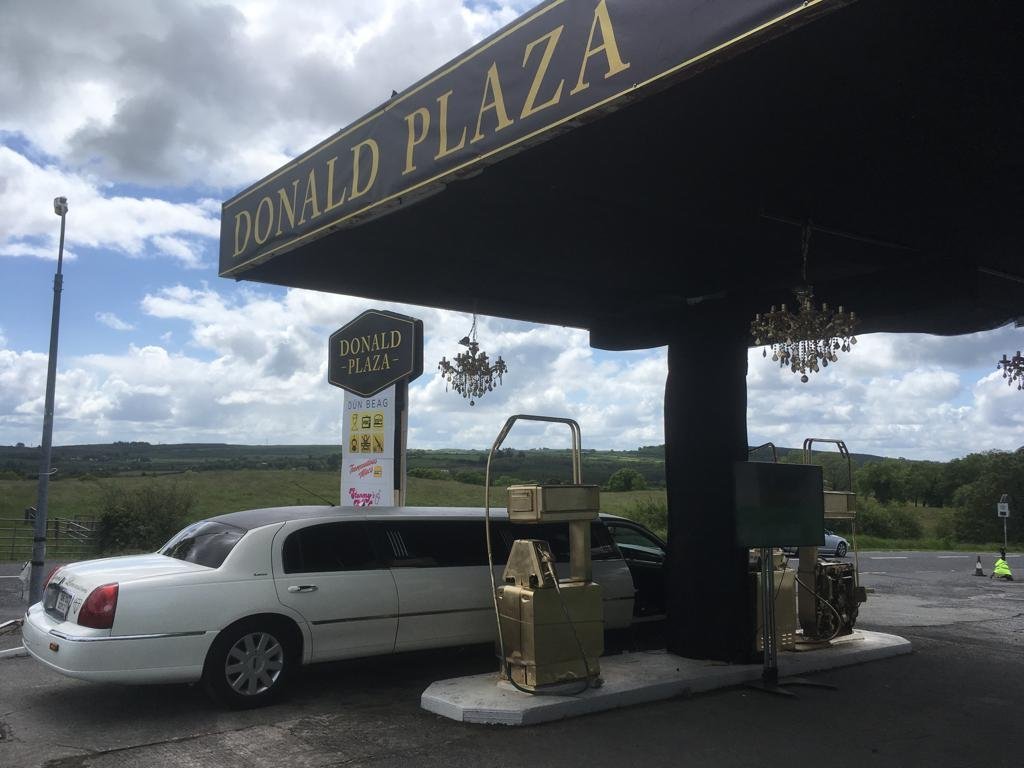 Spokesperson for the pop-up petrol station, Rachel, said that this "latest erection (the petrol station, not the president) is expected to become a place of pilgrimage this week for fans of dodgy toupees, robot wives, and very, very repetitive use of adverbs".

At the "Donald Plaza", visitors will be blessed with a generous serving of "Covfeve", from the "Make Americano Great Again" coffee stand. They can take a photo with a cardboard cut-out of Melania, and they can sit in the stretch limo which poses next to the petrol pumps — spray painted gold for effect.

It is a tongue in cheek nod to the presidential furore which accompanies the US leader and his motorcade; a spot of light-hearted Irish humour and a jovial nod to the scale of the affair. After all, here on the west of Ireland, whether you're pro-Trump or a pro-tester, this visit is a rather big deal.

Trump Brands UK Rallies Against Him as 'Organised Flops'