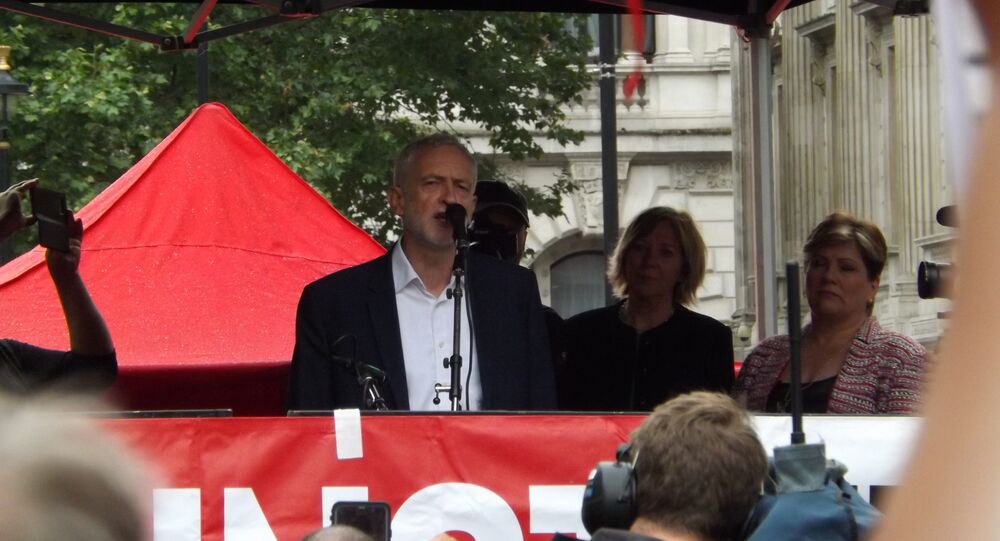 US President Donald Trump is on a state visit to the United Kingdom. He spent Monday meeting Queen Elizabeth II, with whom he spoke of deep historic ties between the two nations.

During Tuesday's talks with UK Prime Minister Theresa May, Trump discussed Brexit, business and political ties between the two nations and said Washington was committed to inking a "phenomenal trade deal" with the United Kingdom after it leaves the European Union. He said that Brexit will happen and will be good for Britain. He also praised May's likely successor, Boris Johnson, saying he would "make a great prime minister".

Meanwhile, anti-Trump rallies have been gaining momentum across the United Kingdom and appeared to peak on Tuesday, with tens of thousands reportedly turning up in London. The leader of UK opposition, Jeremy Corbyn, joined in the mass rally on Tuesday against the visit of US president Trump who arrived in London on Monday for a three-day visit.

Corbyn has said that he supports the idea of holding a rally against Trump, as an "opportunity to stand in solidarity with those he's attacked in America, around the world, and in our own country". In protest against Trump’s policies, Corbyn, Liberal Democrats leader Vince Cable, and House of Commons speaker John Bercow refused to attend a banquet in the US leader's honour at the Buckingham Palace Monday evening.

© Sputnik / Demond Cureton
Message of Peace: Jeremy Corbyn Gives Unifying Speech at Trump Rally in London
Answering questions from journalists after the joint news conference with Theresa May, Trump said that Corbyn "wanted to meet with me, but I told him no", adding that "I don't know Jeremy Corbyn, I've never met him, never spoke to him, but he wanted to meet today or tomorrow and I decided that I would not do that… I think that he is, from where I come from, somewhat of a negative force… I think people should look to do things correctly as opposed to criticise… So I decided not to meet", according to the ITV News broadcaster.

Trump slammed earlier reports of large protests in London against his state visit to the United Kingdom as "fake news".

Tensions around Trump’s trip rose well before his plane landed in London. Two days ahead of the visit, London Mayor Sadiq Khan wrote in an editorial for The Guardian that Trump was one of the most "egregious examples" of the growing threat of rising nationalism and that it was "un-British to be rolling out the red carpet" for a US president who was "seen as a figurehead of this global far-right movement".

Trump, in turn, has slammed Khan for doing a "terrible job" while in office, branding him a "stone cold loser who should focus on crime in London" instead of criticizing him.

© Sputnik / Demond Cureton
Trump Calls Reports of Protests in London Against His Visit to UK 'Fake News'
On Monday, Stand up to Trump campaign organizer Shabbir Lakha told Sputnik that the UK government’s decision to extend a state visit invitation to Trump while ignoring massive protests last summer against the US president’s trip showed an absolute disregard toward the British people.

During Trump's working visit to the United Kingdom last July, an estimated quarter of a million people marched in London to voice their opposition.