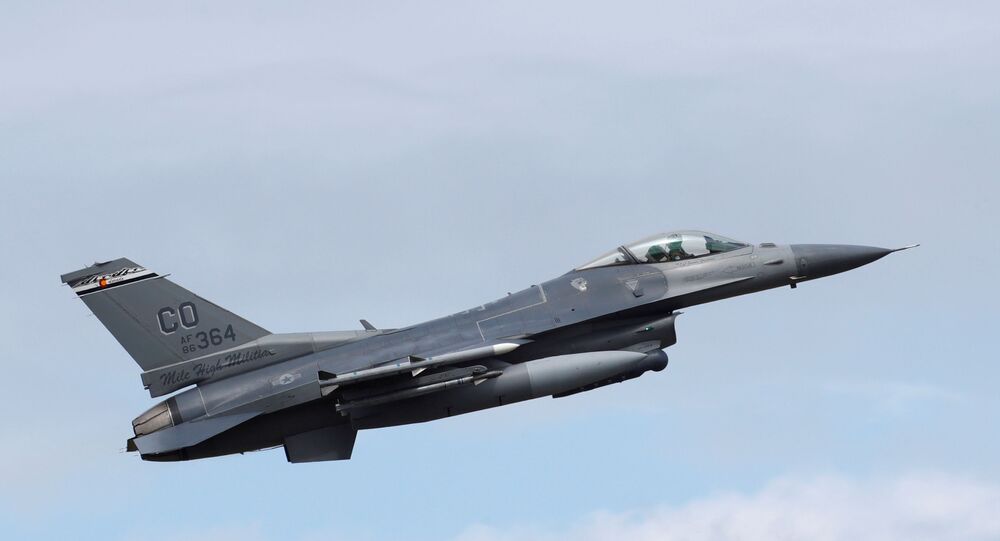 Earlier in April the politician said that Bulgaria "wouldn't scare anyone with these fighters", but "would only provide the American economy with $2 billion".

In an interview with Kanal 3, Rumen Petkov, chairman of the party Alternative for Bulgarian Revival, said the United States doesn’t demonstrate goodwill toward Sofia and is trying to sell the country the world’s “most expensive vacuum cleaner”.

"In my view, you cannot speak about goodwill when they are trying to sell you the most expensive vacuum cleaner under the guise of an F-16", Petkov said, adding that the purchase of the American fighters "won't make much of a difference" for Bulgaria.

In December of last year, when the country's interdepartmental commission, having considered proposals from the United States, Sweden and Italy, decided in favour of the American aircraft, Petkov considered that choice to be a national betrayal and listed several reasons why Bulgaria should have chosen another fighter.

"Only the F-16 has one engine. There is no such pilot who would prefer an aircraft with one engine, rather than two", Petkov said in December.

The politician also pointed out that Bulgaria would have to pay a duty for importing each backup unit of the F-16. According to Petkov, if the country had decided in favour of Italy's proposal, it would not be necessary to pay for the import of such components.

"Eurofighter has factories almost throughout Europe. It would be logical if they built one in Bulgaria", the chairman of the party Alternative for Bulgarian Revival said.

He also spoke in favour of the Swedish aircraft Gripen, pointing out their high presence in Europe.

© Photo : Wikipedia
WATCH Bulgarian Defence Minister Wearing MiG-29 T-shirt Speak About US F-16
On June 3, the Defence Security Cooperation Agency (DSCA) said in a press release that the US State Department approved a potential sale of F-16 fighter jets and support equipment to Bulgaria in a deal worth more than $1.6 billion.

The F-16 talks began in May and are expected to be completed by the end of June. Bulgaria's Minister of Defence, Krasimir Karakachanov, has said that Washington's price tag greatly exceeded Bulgaria's financial resources, and admitted that if the negotiations fail the country could review past offers.

Bulgaria's former Minister of Defence Nikolai Nenchev, who supports the purchase of American fighter jets, has expressed doubts that Bulgaria ever wanted to buy the F-16 at all. He believes that some "sinister scenario" could play out, and the country actually intends to buy Gripen.