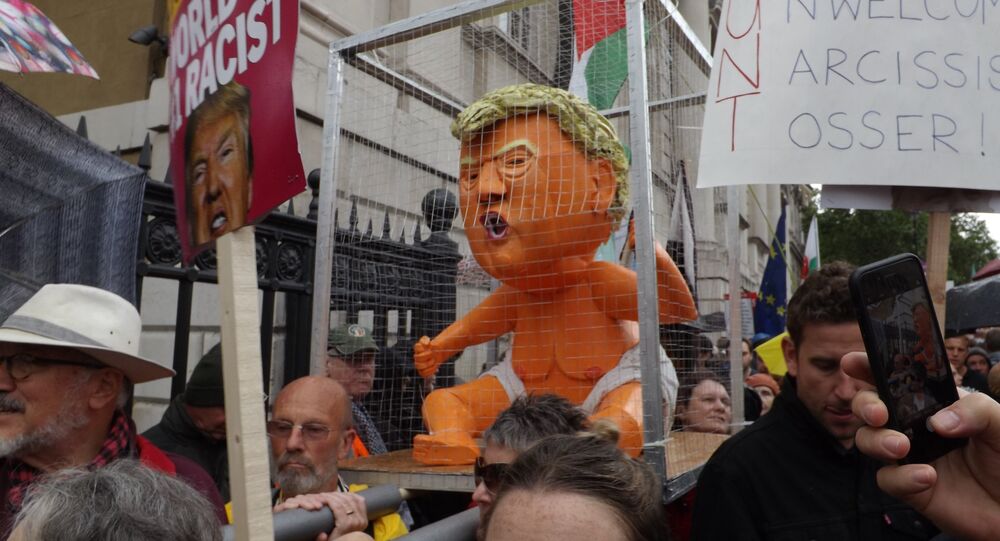 LONDON (Sputnik) - US President Donald Trump said during a joint press conference with UK Prime Minister Theresa May on Tuesday that reports of large protests in London against his state visit to the United Kingdom are "fake news".

"Where are the protests? I don't see any protests", Trump said. "I did see a small protest today when I came, very small, so a lot of it is fake news, I hate to say".

The US president said the small group of protesters had gathered for political reasons.

Trump also said during the press conference that the United States is committed to negotiating a tremendous trade deal with the United Kingdom once the latter finalises its exit from the European Union.

During Trump's working visit to the United Kingdom last July, an estimated quarter of a million people marched in London to voice their opposition.