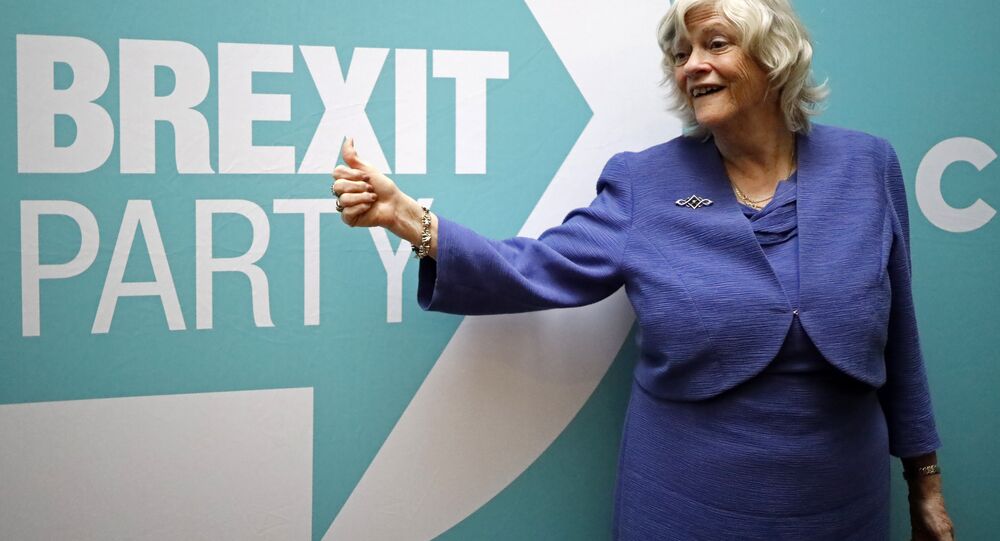 Ann Widdecombe enraged many members of Britain's LGBT community at the weekend when she said science might one day come up with an answer to why some people are gay.

Brexit Party leader Nigel Farage has defended one of his MEPs, Ann Widdecombe, after she was criticised for comments she made about homosexuality.

Ms Widdecombe, 71, a former minister and Shadow Home Secretary, was asked on Sunday, 2 June, about comments she had made in the past about gay conversion therapy and said she hoped science would one day "produce an answer".

Talking about gender reassignment surgery, Ms Widdecombe — a devout Roman Catholic, said: "The fact that we now think it is quite impossible for people to switch sexuality doesn't mean that science may not yet produce an answer at some stage."

But will science ever find an answer to Anne Widdecombe? https://t.co/p19Lsx1bJd

​She was accused by Labour MP of "continuing her sick anti-LGBT campaign".

But on Tuesday, 4 June, Mr Farage defended her comments and said "many many" Muslims held far more extreme views about homosexuality than Ms Widdecombe.

He told ITV's Good Morning Britain: "These things are matters of conscience, I don't think they are matters for party leaders to support or condemn…Ann Widdecombe is a devout Christian and there is nothing wrong with that, in my opinion."

'Devout Christians should be allowed to have their opinions.'

Nigel Farage responds to Ann Widdecombe's comments that science could provide an answer for homosexuality. He says he 'won't support or condemn' individuals on 'issues of conscience'. pic.twitter.com/u4kziOLIPL

​Mr Farage claimed she had been unjustly "hounded" and added: "If we start to attack and condemn people because of religious conscience we are going to cause all sorts of problems, not just with Roman Catholics but with many many others of Muslim faith who have even stronger feelings on this subject than Ann Widdecombe.

Ann Widdecombe hasn’t returned to politics by accident. She has been put there very deliberately by a man whose entire career has been built on stoking hatred & exploiting ignorance. The only surprise is that people are still surprised by how seductive Farage’s vile bigotry is.

​"What's intolerant is when the pack mentality decides that a certain group of people have a view that is not acceptable in the mainstream and they should be hounded out of public office for having a different point of view."