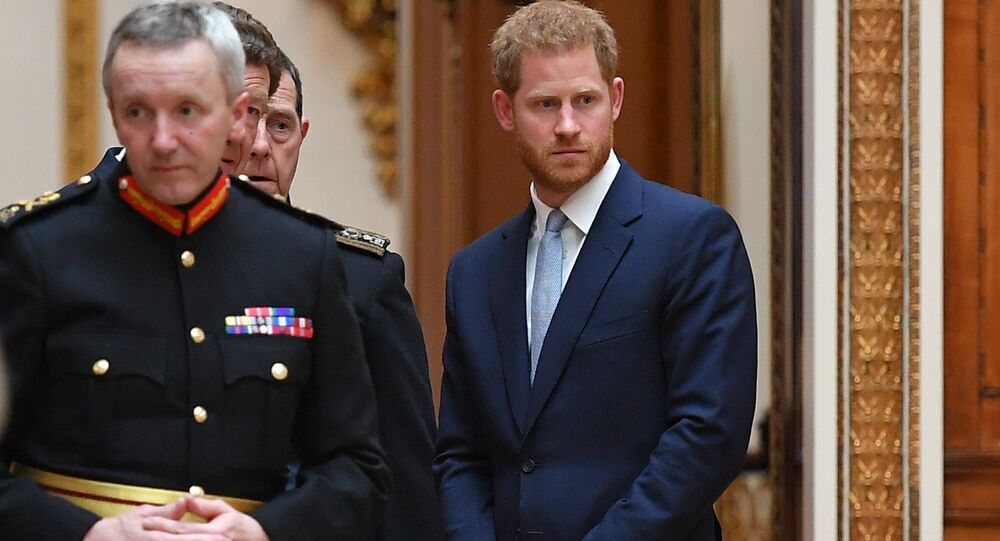 Although the prince did meet with President Trump at a private lunch, he appeared to snub the president at a subsequent event inside the Queen's residence, according to onlookers.

Prince Harry has distanced himself from US President Donald Trump after the latter made disparaging remarks about his wife, Duchess of Sussex Meghan Markle, British media report.

Donald Trump went to Buckingham Palace on Monday as part of his state visit to the UK, and Prince Harry joined a private lunch with the Trumps hosted by the Queen.

However, when the US first couple took a gallery tour, Prince Harry apparently preferred to stay on the sidelines.

"Prince Harry certainly appeared to keep his distance from the president and the First Lady, during the walk round of the royal collection", a witness said as quoted by the Mirror.

"He stayed at the back of the room for the entire time, rocking back on his heels looking totally uninterested".

The duchess, who gave birth to the couple's first child four weeks ago, did not meet with Donald Trump as she is still on maternity leave. Prince Harry, for his part, skipped a lavish banquet at Buckingham Palace later in the day.

This could be interpreted as a sign of disapproval of the US president, who called Meghan Markle "nasty" in a new interview.

During the 2016 campaign, Markle said she would move to Canada if Donald Trump was elected, also calling him "divisive" and "misogynistic".

He later backtracked, stating that the "nasty Meghan" remark was "made up by the Fake News Media", despite an audio recording of the interview released by The Sun indicating the opposite.