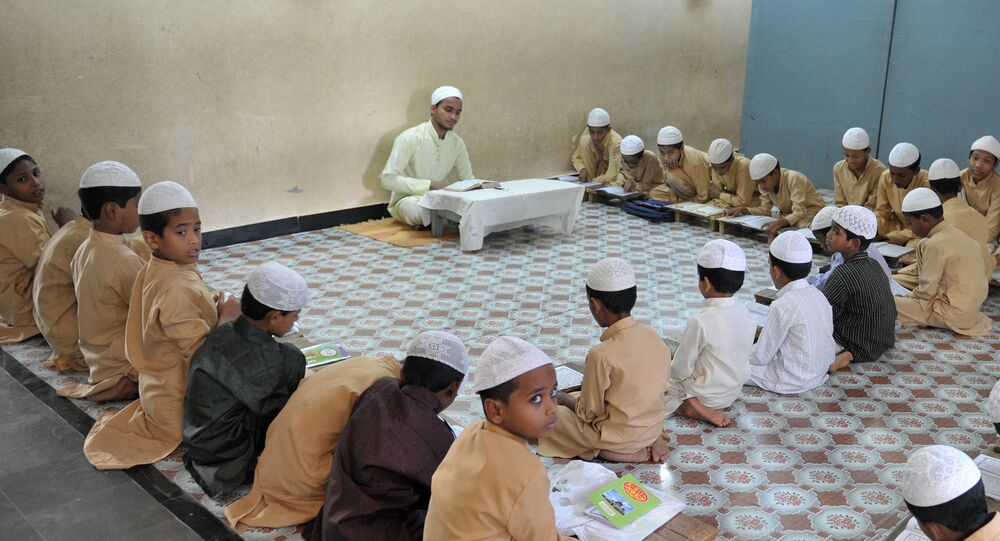 Sweden's first openly lesbian bishop has kindled strong feelings with her statements; many believe she has betrayed their Christian values.

Eva Brunne, the bishop of Stockholm in the Church of Sweden, has sparked strong reactions by saying that she has more in common with Muslims than with the so-called Christian right.

While discussing various religions' attitudes towards human dignity in Swedish Radio's “People and Faith” programme, Eva Brunne stressed that all people are equally valuable as all have been created by God.

“Democracy and human dignity are interrelated, and I think that democracy is better off with diversity, because then we all have to think about what people we are and who we are living with. In fact, we all have the same value, even if we do not speak the same language, pray to God in the same way or look the same. We will live in one country together,” Brunne said.

Brunne argued that the concept of Christian values has been kidnapped by populists.

“Sometimes I have more in common with Muslims who I meet than with the Christian right”, she continued, to which the presenter responded with “Whoa”.

Brunne also argued that only a “tiny minority” of all Muslims are terrorists. Furthermore, she argued that extremism exists in all religions, and referenced the Christian crusades and witch trials. Brunne stressed that she herself doesn't want to be associated with the Christian right.

“I had such a hard time believing what I heard on the radio that I had to listen one more time online to confirm that I did not hear it wrong or somehow misunderstood it. Sadly I heard quite right”, former Sweden Democrat Thoralf Alfsson wrote in his blog.

“Why doesn't Brunne convert? Just put on a tent and try to become an imam,” blogger, writer and journalist Katerina Janouch wrote.

“Such a crackpot belongs more in a [mental institution] than in the bishop's seat. Luther is turning in his grave,” Alternative for Sweden party leader Gustav Kasselstrand tweeted.

​“One day, for no reason whatsoever, the Swedes began to eye their ancestors' pagan religion,” blogger and journalist Henrik Palmgren argued.

“Most Christians have nothing in common with Brunne, so, pretty accurate…”, a user named Maya Pinyon tweeted.

Bishop Brunne, who is openly lesbian, has previously made headlines by proposing to replace the crucifix on the Seamen's Church in Stockholm with an arrow pointing towards Mecca to signal the church's inclusivity.

Brunne is also known for her partisan campaigning for the left-of-the-centre Social Democrats and against the right-wing Sweden Democrats.