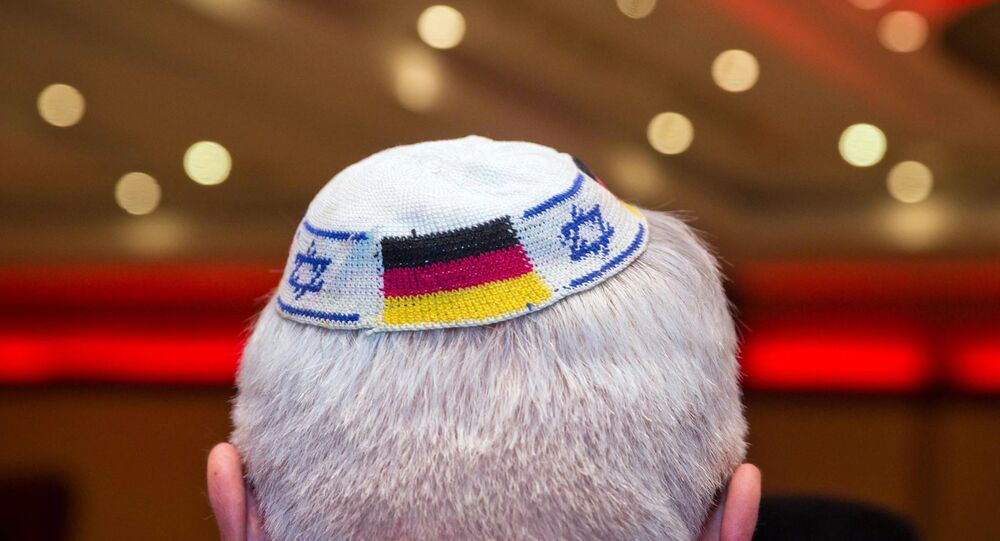 This comes after a recent statement by Felix Klein, Germany's government commissioner on anti-Semitism, who warned Jews not to “wear the kippah everywhere all the time in Germany” due to increasing anti-Semitism and anti-Jewish attacks in the country.

The German tabloid Bild run a cutout kippah on its front page earlier this week, with the newspaper’s editor-in-chief Julian Reichelt specifically urging people not to fear wearing Jewish skullcaps.

“Wear it, so that your friends and neighbours can see it. Explain to your children what the kippah is. […] Post a photograph with the kippah on Facebook, Instagram, Twitter. Go out onto the streets with it”, Reichelt wrote in a Bild article on the matter.

Using Bild’s picture, readers can cut out a kippah and wear it.

"If even only one person here can't safely wear a kippah, then the answer can only be, 'We're all going to wear a kippah. The kippah belongs to Germany!", this tweet reads.

The publication came after the German government's special representative for anti-Semitism, Felix Klein, told the Funk media group last month that he could no longer “advise Jews to wear the kippah everywhere all the time in Germany,” due to soaring anti-Semitism and anti-Jewish attacks in the country.

“I can no longer recommend Jews wear a kippah at every time and place in Germany”, Klein said.

Israeli President Reuven Rivlin, in turn, admitted to being “shocked” by Klein’s interview, calling the warning to Jews regarding the cap “a capitulation to anti-Semitism and admittance that, again, Jews are not safe on German soil”.

“We will never submit, will never lower our gaze and will never react to anti-Semitism with defeatism”, Rivlin underlined.

READ MORE: 'We Have an Imported Anti-Semitism in Germany' — AfD Party Member

Richard Grenell, the US government’s ambassador to Germany, for his part, echoed Bild’s chief editor Reichelt by tweeting in late May that Jews in Germany don't need to conceal their religious identity.

“The opposite is true. Wear your kippah. Wear your friend’s kippah. Borrow a kippah and wear it for our Jewish neighbours. Educate people that we are a diverse society”, Reichelt pointed out.

© AP Photo / Sebastian Kahnert / DPA
Israel’s President Slams Germany’s Kippah Warning As 'Capitulation to Anti-Semitism'
With about 200,000 Jews currently living in Germany, anti-Semitic hate crimes are on the increase in the country, where at least 1,083 such incidents were registered in 2018, according to a non-governmental research and information centre on anti-Semitism in Berlin; this represents a 14 per cent rise as compared to the previous year.

Interior Ministry data, in turn, indicated that anti-Semitic crimes have soared by at least 20 per cent in Germany in the past year.