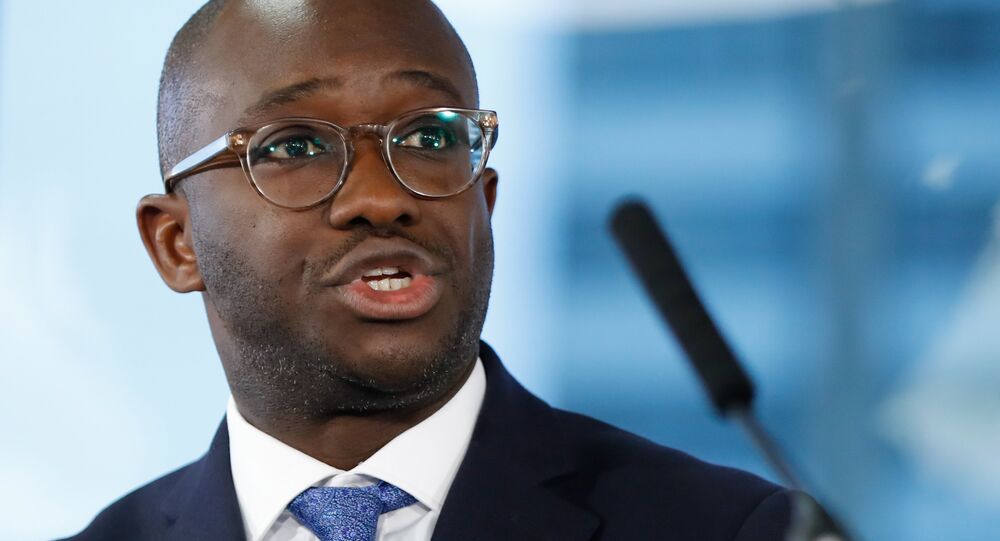 The Conservative politician has become the thirteen candidate to vie for the post of the leader of the party following Theresa May's resignation announcement.

Former UK Minister of State for Universities, Science, Research and Innovation Sam Gyimah has announced his intention to join the Conservative leadership race on Sunday, according to Reuters.

Gyimah has stated that he was the only contender to the post among the thirteen candidates to support a second referendum on any Brexit deal.

The former cabinet minister quit his post in November 2018 to show his disapproval of Theresa May’s Brexit deal, which he described as "a deal in name only".  He said that he stepped down because he wanted to be free to back  a second referendum on the UK's withdrawal from the European Union.

Last week, Theresa May announced that she would resign as leader of the ruling Conservative Party on 7 June over her failure to deliver Brexit.

Her resignation came amid pressure from within the party and the continuing deadlock over the EU withdrawal agreement, which was rejected by the UK parliament three times.