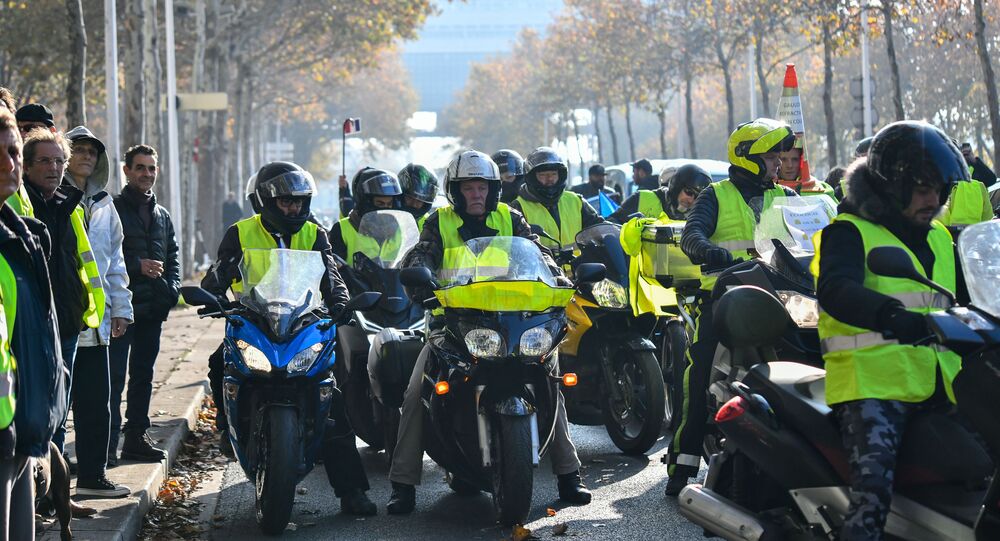 MOSCOW (Sputnik) - The 29th action of the yellow vests that took place in cities across France on Saturday was the least attended since the movement's launch in November, local media reported, citing the French Interior Ministry.

The organisers of the protests, meanwhile, attempted to contest the official figures, arguing that Saturday's rallies brought together about 23,600 yellow vests across the country.

Last Saturday, around 12,500 yellow vest protesters marched in France, of which 2,100 marched in Paris, according to the Interior Ministry.

The wave of the yellow vest rallies started in France in mid-November over planned hikes in fuel taxes. While the French government has abandoned its plans to raise fuel taxes and has introduced other measures to improve the country's socioeconomic situation, protesters continue to take to the streets across France every weekend to express their discontent with the governmental policies. The rallies usually lead to damage and clashes between the police and the activists.

Over 1,000 People Sentenced in France Over Yellow Vest Protests