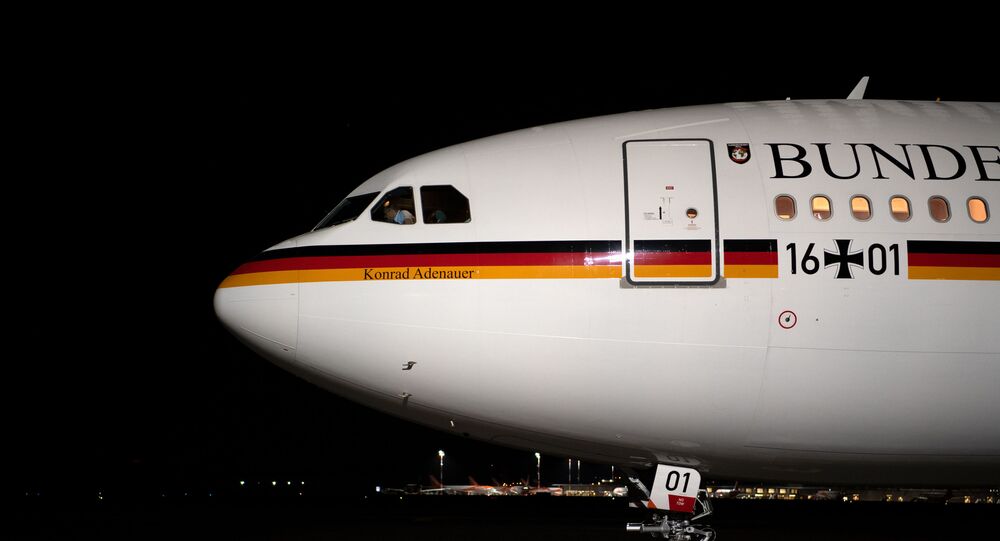 The air fleet of the German government has been facing numerous issues lately, often forcing the country's officials to change their plans, reverse course mid-flight and use foreign jets or even regular airlines.

The German Bundeswehr, Ministry of Foreign Affairs and Federal Office for the Protection of the Constitution now suspect sabotage and cyberattacks as possible causes of numerous malfunctions on government airplanes, Rheinische Post reported, citing anonymous officials. The issue was raised after such malfunction forced Angela Merkel's jet to turn back mid-flight during her trip to the G20 summit in Argentina in November 2018.

Lufthansa technicians running maintenance and checks on government planes assured the authorities that the recent issues with them were purely technical ones. Authorities remain sceptical about the explanation, but have so far failed to find any evidence proving that the malfunctions were organised deliberately by a foreign government.

Merkel's plane, an Airbus А340 dubbed the "Konrad Adenauer", lost all communications with the ground as it was flying over Netherlands towards Argentina on 29 November 2018, and was forced to return to Cologne. The pilots managed to safely land the plane with half-full fuel tanks, which created additional security risks, as the fuel system on board also failed.

The incident was only one of many similar ones involving the German government's planes. Foreign Minister Heiko Maas encountered three incidents in just three weeks during his foreign trips; one time, his Airbus A321 losing one of its engines mid-flight. His arrival in New York on 1 April 2019 was marred by another incident, when one of the plane's tyres exploded upon landing despite being recently replaced with a new one.

Not all of the incidents, however, were purely technical ones. On 14 May 2019 Markel's Bombardier Global 5000 was rammed by a driverless car reportedly left without the handbrake on.