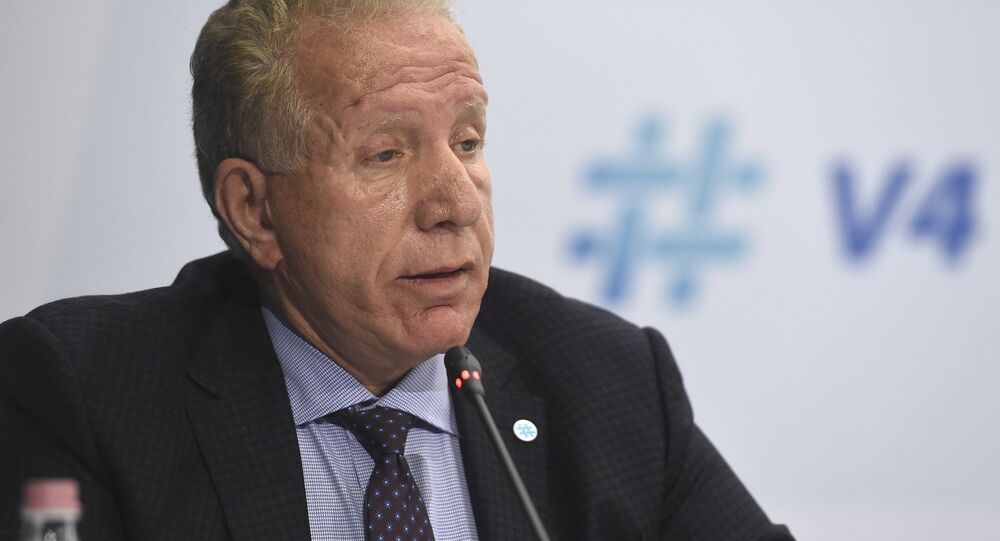 BELGRADE (Sputnik) - Kosovo's Foreign Minister Behgjet Pacolli called on the United Nations on Saturday to investigate the actions of Russian national Mikhail Krasnoshchekov, a staff member of the UN Mission in Kosovo, who was injured in an operation of Kosovar police earlier in the week.

"The United Nations is an organisation [that promotes] peace, security and global justice and whose efforts are highly appreciated by free and democratic countries. That is why those who abuse their immunity and participate in sketchy or criminal plans and actions have place neither in Kosovo nor in the United Nations or its missions worldwide… I will demand that our diplomatic mission in the United States… consider the case of this individual [Krasnoshchekov] as a matter that contradicts the efforts to ensure peace and order in our country," Pacolli told Kosovo's RTK broadcaster.

The foreign minister added that Kosovo was ready to work closely on the matter with the United Nations.

Kosovar police launched on Tuesday a special operation under the pretext of combating organised crime in the country's Serb-populated north. At least 19 people were detained during the operation, including Krasnoshchekov, who was beaten up and later hospitalised with a broken cheekbone and upper jaw. The Russian national is currently undergoing treatment in Belgrade.

On Friday, Pacolli declared Krasnoshchekov persona non grata. The Russian Foreign Ministry has slammed Krasnoshchekov's detention as "outrageous." Moscow said that it viewed this step as a continuation of the blatant line on the aggravation of inter-ethnic relations in the province. The Ministry added that the move demonstrated disrespect for the United Nation by Kosovar authorities and could have far-reaching consequences. The Foreign Ministry has also vowed to take all the necessary actions to protect Krasnoshchekov. The officials noted that such steps have only become possible due to the West's pandering to the self-proclaimed Balkan nation.